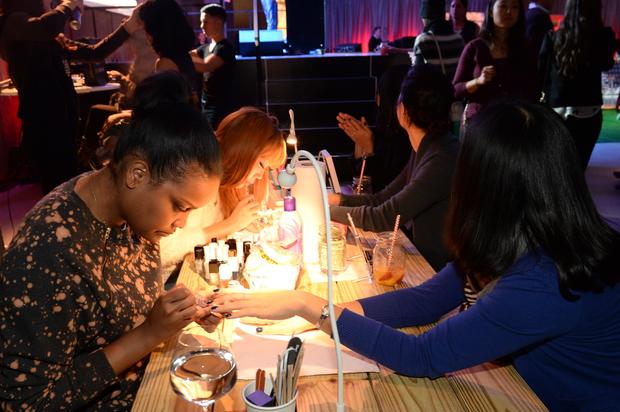 About time these nails got cut.

Sometimes, you just gotta let the past go. After three decades of growing her nails,  Ayanna Williams is doing just that. Willaims cut her nails, which combined for 24 feet, after breaking the record. Both Ripley’s Believe It Or Not! and the Guinness World Records went ahead and purchased the nails for an undisclosed amount. Ayanna’s “babies” (as she refers to them) will be on a display at Orlando’s Ripley’s Believe It Or Not! museum.“I’m gonna always be the queen that I am with or without my nails cause my nails don’t make me, I make my nails,” Ayanna stated.

“I get so many different types of reactions from growing my nails,” Ayanna continued in the Guinness video. “It’s unbelievable. The majority are good. People are excited, they don’t know what to think. They don’t even know what to say cause it’s something you don’t see on the norm.” The process of cutting the nails went well, and Ayanna was able to do regular things she hadn’t accomplished in years, such as easily texting and opening doors for herself.

Ayanna’s fame grew after she starred in a 2012 episode of TLC’s My Strange Addiction. We’re sure her nails will attract viewers at the museum for many many years.