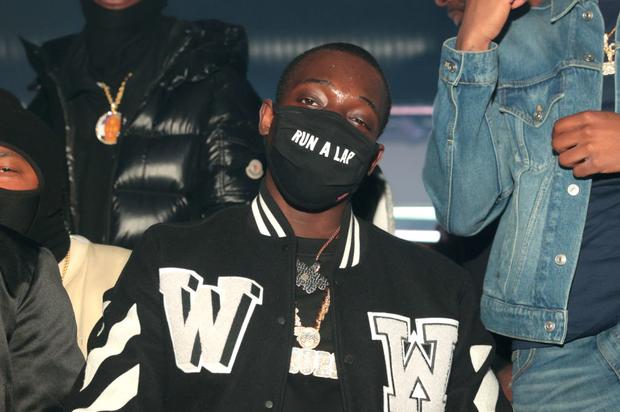 Bobby Shmurda’s rumored girlfriend has been identified as a dancer named Lilly.

A new video of Bobby Shmurda has sparked tons of attention on social media as he appears to be getting close with one of the women who initially welcomed the rapper home from his six-year stay in prison. People have been sharing their reactions to the video, in which a woman intimately kisses Bobby on the cheek, speculating that she’s his new girlfriend.

The 26-year-old New York native has not confirmed that he’s dating the woman, but he’s been spotted with her on multiple occasions now. It didn’t take long for people to track down her identity, revealing that Bobby’s rumored love interest is a dancer named Lilly, who works at a gentlemen’s club in Virginia.

Not much is presently known about Lilly, who seems to have spent a lot of time with Bobby Shmurda in the weeks following his release from prison. In her Instagram bio, she describes herself as a dancer at a gentlemen’s club called Headlights Granby. She has posted pictures with Bobby, as well as lots of adult content on the platform.

According to some sources, her TikTok account is private but you can sift through all of her pictures on Instagram to learn more about her.

As we wait for the next time that Lilly pops up with Bobby Shmurda, you can check out a gallery of pictures from her page below. Do you think they make a nice couple?