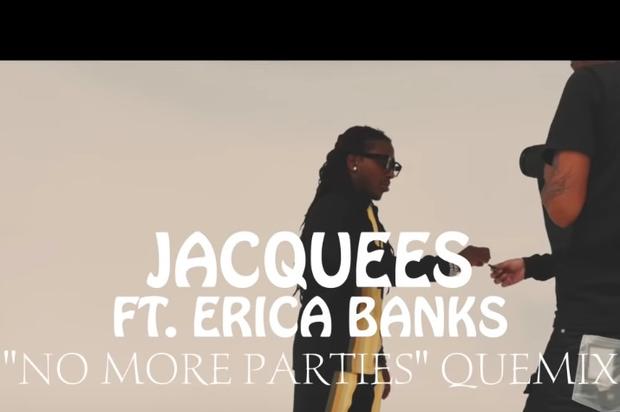 The Quemix series has been a staple in Jacquees catalog, especially among his day one fans. Unfortunately, it seems the controversy surrounding Ella Mai’s “Boo’d Up” and Jacquees version of the record put the series on hold for a while, though we’ve received a few QueMixes in recent times. The latest record to receive the treatment is Coi LeRay’s “No More Parties.” However, in the rare instance, Jacquees offered this version as a collaboration alongside Erica Banks. It’s a perfect mesh of Jacquees’ crooning and muddy flows from the “Buss It” rapper, drizzled with a bit of auto-tune.

Meanwhile, Coi LeRay’s “No More Parties” is doing serious numbers. The song serves as the artist’s Billboard Hot 100 debut and peaked at #26 while the video to its Lil Durk-assisted remix currently has 25M views.