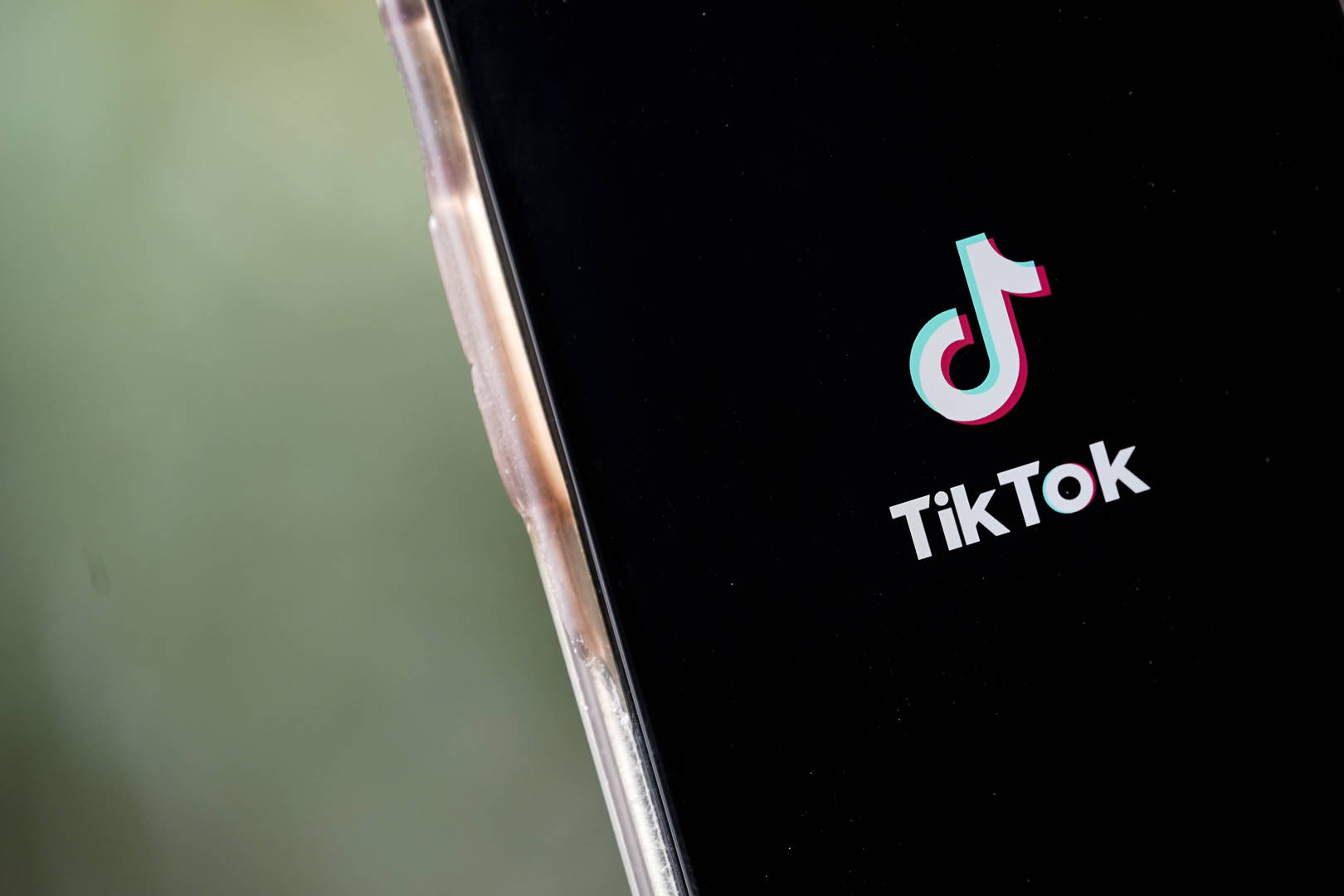 2020 was an unprecedented time for everyone, with the coronavirus pandemic leaving many people stuck at home, for more than a year at this point. State-mandated lockdowns left people unable to perform their daily (let alone extra-curricular) activities, and even seemingly mundane things, such as going to school, the grocery stores, or seeing friends were foregone. People had a tremendous amount of time on their hands during the day as a result, and much of this time was filled by social media, especially then-newcomer app, TikTok.

TikTok was the most downloaded app of 2020, with five times as many downloads as 2019. The application was installed 63 million times in August 2020 alone. The boost in numbers from 2019 to 2020 was primarily encouraged by COVID-19 lockdowns, allowing people to turn to the endless, easily-digestible content of social media to keep spirits high. TikTok has continued to hold the #2 or #3 spot among the most popular free apps, only second to Robinhood or YouTube, throughout 2021, with videos ranging from 15 seconds to 1 minute long and featuring anything from comedy to dance to storytelling. One of the primary functions of TikTok is that it allows users to soundtrack their videos with a song or soundbite of their choosing, promoting different sounds depending on their popularity. If a sound on TikTok is famous, it often ends up trending on charts like the Billboard Hot 100 or the Spotify Viral 50, and thus, the app’s nearly 700 million users have had a significant effect on charting music.

Much of the reason why music continues to do so well on TikTok is due to the app’s addictive recommendation engine that constantly keeps users coming back for more. The engine provides users with a personalized feed, so they never have to search for content, and videos start playing as soon as you open the app, thus hooking the user immediately. Everything comes down to engagement– if people are interested in the content and they like or share it, it gets significantly boosted by the algorithm. TikTok has also adopted a video algorithm that is similar to YouTube in the sense that it tracks watch time, so if you watch an entire video rather than quickly scrolling past, it is marked as a higher indication of interest. If a video is shocking or funny and users hover on it for longer, it is automatically boosted by watch time. TikTok’s recommendation engine makes it much easier for users to go viral too, and naturally, this has caused certain songs to explode in popularity, as well as more viable space for unknowns to become-known.

How has TikTok’s success and its songs’ popularity affected the rap game, and how do the hip-hop artists who’ve trended on the app feel about their viral success?

Short-Form Rap is Nothing New

In the early 2000s, ringtone rap heavily influenced the charts, with Billboard even creating a “Hot Ringtones” chart. Soulja Boy and Chamillionaire were the primary beneficiaries, dominating quick, danceable rap trends with tracks like “Crank Dat” and “Ridin’.” These songs and their subsequent music videos encouraged others to imitate a short-form dance routine and videotape it during the early days of YouTube, as many are doing on TikTok today.

Artists Who Have Benefited From TikTok Fame

Many small artists have seen mainstream success due to TikTok trends in their name, especially when no one could perform live shows during the height of the COVID-19 pandemic. In 2019, pre-pandemic trends used songs like bbno$’s “Lalala” and Ambjaay’s “Uno.” Both artists signed major label deals with Columbia Records respectively, shortly after achieving viral status on the app.

Mobile, Alabama rapper Flo Milli also found success when her song “Beef Flomix” went viral in late 2019. “Beef Flomix” is an excellent example of a TikTok sound that didn’t have a specific dance trend or challenge attached to it, but rather soundtracked a more general mood or idea.

Primarily, women used the song to “flex” during their videos, given that the sound has an aura of not caring what other people think and embracing your bad b*tch alter-ego. The song became an anthem of femininity where women encouraged one another to let go of negative energy (or men) holding them back. “Beef Flomix” was Flo Milli’s first-ever single, and its success catapulted her into the spotlight. By the end of 2019, “Beef Flomix” and her similarly-viral track “In The Party” landed her a record deal with RCA and ‘94 Sounds, prompting her to release several other singles before her 2020 debut EP Ho, why is you here?

In 2020, the app took off even further, not only due to the success of once-unknown viral artists, but because of more famous contributions to the app. Both Megan Thee Stallion and Drake, have had songs go viral on TikTok, which incidentally boosted their position on the charts. Not all of these viral sounds accompanied a dance challenge, however. Drake saw “Nonstop” being used for a trend where a couple or a pair of friends would stand in front of a mirror, flipping on and off the lights as Drake raps, “I just flipped the switch (flipped, flipped).” When the lights come back on, the two would have switched clothes. Many famous couples, including J-Lo and A-Rod, participated in the trend, accumulating millions of likes and driving the record’s streaming numbers up in the process.

For smaller artists who have not yet achieved widespread fame, a trend that involves their song is oftentimes the key to breaking into the mainstream. This was certainly the case for 21-year-old rapper Lil Nas X, who credits much of his fame to his fans on TikTok.

In February 2019, Lil Nas X uploaded “Old Town Road” to TikTok. He was completely unknown before the song, but seven months later, he broke the record for the longest-charting single ever, partially due to his TikTok success. His “Yee Yee Juice” challenge involved people “accidentally” drinking something that turned them into a cowboy while dancing to his song. Lil Nas X’s success quickly became the prototype for artists to follow, creating a simple and engaging challenge that all users could easily recreate. While “Old Town Road” has undoubtedly made Lil Nas X into a mainstream celebrity, his numbers since then haven’t necessarily been consistent. “Panini,” his next most popular song after “Old Town Road,” has less than half of the streams of the major single, and all of his other songs suffer from a similarly steep decline. While his newest release, “MONTERO (Call Me By Your Name)” has been sitting at #1 the last couple of weeks, it still only has about a tenth of the streams of “Old Town Road.”

Sada Baby was already a successful and established rapper, with a secure fanbase, before his track, “Whole Lotta Choppas,” went viral on TikTok. Still, it is worth noting that “Whole Lotta Choppas” has nearly triple the amount of streams than “Bloxk Party,” his next biggest track, and the remix with Nicki Minaj has about 4 million more streams than “Bloxk Party.” Like Lil Nas X, Sada’s song going viral certainly brought him a more public limelight, but it did not necessarily translate to overall streams across his discography.

“Whole Lotta Choppas” first appeared in a video from user @ohbukster, who did a straightforward dance to the sound that received more than 3.6 million likes. From there, TikTok celebrities like Charli D’amelio and Addison Rae recreated the dance, causing the trend to snowball. The track became Sada Baby’s first entry into the Billboard Hot 100, because of this, debuting at no. 92. It’s impossible to know whether Nicki Minaj hopped on the remix solely because of the track’s TikTok success, but her co-sign gave Sada Baby an additional 17 million streams.

Erica Banks is the subject of one of the most recent and popular trends on the app, the #BussItChallenge. Celebrities like Tracee Ellis Ross and Chloe Bailey performed the challenge to much praise, and the success of “Buss It” offered the newest 1501 queen the opportunity to sign a major deal with Warner Music.

Other small artists, like Jersey club musician Cookiee Kawaii, said they could never have imagined their song reaching such levels of exposure without TikTok. Her song “Vibe (If I Back It Up)” became one of the most popular songs to trend on TikTok, with more than 1.4 million videos being made with the sound. Subsequently, “Vibe (If I Back It Up)” held a high spot on Spotify’s Viral 50 chart for several weeks during 2020, accumulating more than 77 million streams. The song went viral due to its danceable Jersey Club beat and lyrics, which were written to encourage twerking: “If I back it up, is it fat enough? Baby, when I throw it back, is it fast enough? If I speed it up, can you handle that? You ain’t ready for this work, Now watch me throw it, throw it back.”

Despite the song’s success being overwhelming, Cookiee Kawaii didn’t get any credit initially. When the song was first uploaded, her name was not attached to it, while dancers and content creators used the song without figuring out where it came from. Cookie was unaware that the song even went viral at first, and so she actually had to catch up to her success as well as her credit.

Cookiee Kawaii and Erica Banks have seen a similar kind of singular success with their viral tracks. While their song itself remains incredibly popular and continues to be streamed off of TikTok, oftentimes the rest of the artist’s discography gets neglected, and the artist may not secure true fans who are actually invested in them, in the long-term.

The Possibility of Failure

Of course, with short-term viral fame comes the impending possibility of failure. While a TikTok trend could launch an artist into success or a new record deal, it could also be their almost-literal fifteen minutes of fame.

Some artists, like hip-hop duo Earthgang, speculate that these new artists who have blown up on TikTok will not last. In an interview with The Breakfast Club, Doctur Dot and Johnny Venus speculated what will happen after the COVID-19 pandemic has passed, and we can return to regular shows. “What’s gonna be interesting is, all these n***** who popped in the last couple months,” Doctur Dot says. “Who can really hold that sh*t down?” “What they gonna do when we get back outside,” Johnny Venus finishes.

WhoHeem is one artist that fits this profile. His track, “Let’s Link,” dropped in August 2020, and went viral on TikTok after being used by people to call on other users to “link” with them: “I like you / I don’t give a f*ck about your boyfriend.” The song racked up more than 80 million streams on Spotify and remained a trend on the app through October, but WhoHeem as an artist has remained mostly unknown. His other songs, like “JUGGER” and “Stop It” have hardly reached 100,000 streams. Now that the time he “popped” has passed, fans seem to be apathetic toward the rest of his discography.

i should not be allowed to have tik tok

TikTok fame, like any type of fame, can be tricky to navigate and fickle to maintain. There has never been an easier time to go viral online than now, which also means there it has never been easier to disappear into the same never-ending online space. And, while quick bursts of viral attention might be good for getting your foot in the door, it doesn’t necessarily equate to a long-term audience, let alone long-term success.