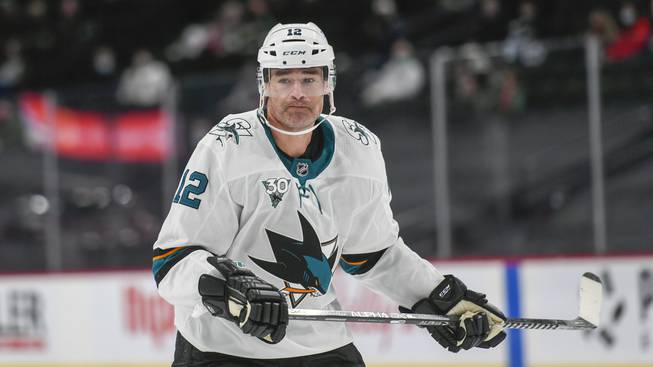 The Golden Knights are ready to temporarily set aside their rivalry with San Jose tonight to honor a Sharks legend.

Patrick Marleau is set to play his 1,768th NHL game tonight, which will pass Gordie Howe for the most all-time. While there is no love lost between the Golden Knights and Sharks, it’s clear how much respect Vegas has for Marleau and his place in hockey history. Puck drop is scheduled for 7 p.m. at T-Mobile Arena.

“He’s Mr. Consistency,” Vegas coach and former Sharks coach Pete DeBoer said. “People have asked me to put the record in perspective or compare it to somebody else in another sport. When I think of Patty Marleau, I think of Cal Ripken Jr. in baseball. You know what you’re getting every night. He was a gentleman; he was a great teammate, played for a long time and gave you the same thing, that consistency every time he took the field.”

Among all the Sharks players, there’s perhaps less animosity from the Vegas side directed at Marleau than any other player. He played the first 19 years of his career in San Jose then left for Toronto in 2017-18, the Golden Knights’ inaugural year.

He wasn’t with the Sharks during the playoff battles with Vegas, and after returning to San Jose last season, he has totaled just seven games as a Shark against the Golden Knights.

Marleau started his career in 1997 and has rarely missed a game. He hasn’t failed to suit up since April 9, 2009. He’s played every one of his team’s games since then, a streak of 898 consecutive games, the fourth-longest streak in NHL history.

Eventually, those games add up and now bring Marleau mere hours from hockey immortality. It’s not just any record that Marleau is breaking. He’s taking the place of “Mr. Hockey” atop the games-played list, a record Howe has held for more than four decades.

“It’s a bit unbelievable,” Vegas goalie Marc-Andre Fleury said. “He’s been so consistent throughout his career. The guy was an iron guy. He didn’t get hurt for long periods of time and every year, he’s always been a very good player also. To hang in there that long and play that many games is amazing.”