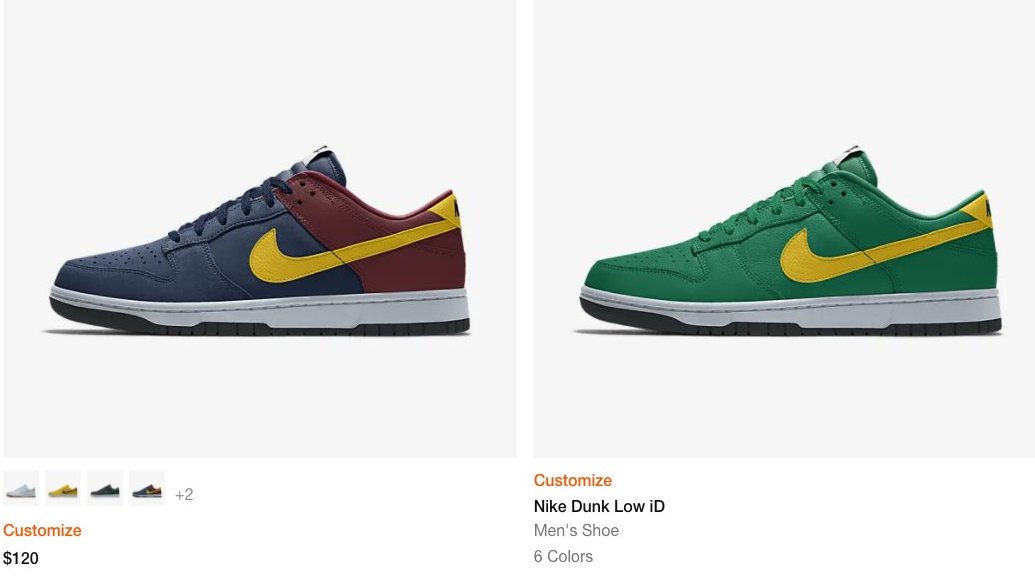 The Nike Dunk has been one of the most popular silhouettes of 2020 with the latest release selling out faster than the last. For those who haven’t been successful at copping a pair, it looks like that could soon change.

@Solelinks on Twitter revealed that the popular silhouette is coming to the Nike By You platform, formerly known as NikeiD. The service allows fans to create one-of-a-kind makeups of the Dunk by dressing the shoe in various color options and materials including on the uppers, the Swoosh branding, and tooling.

The Nike Dunk and its Nike SB counterpart have been offered as options on the Swoosh’s customizable platform before but were pulled from the site a few years ago.

A specific date on when the Dunk is coming to the Nike By You platform has not been established by the brand but is slated to be arriving on Nike.com soon for a retail price of $120. Check out some of the possible outcomes below.

UPDATE (04/19): Nike has restocked the Dunks on its customizable Nike By You platform. Nike members can create their own Dunk Low colorway now at Nike.com for $120, but hurry as pairs are expected to sell out fast.