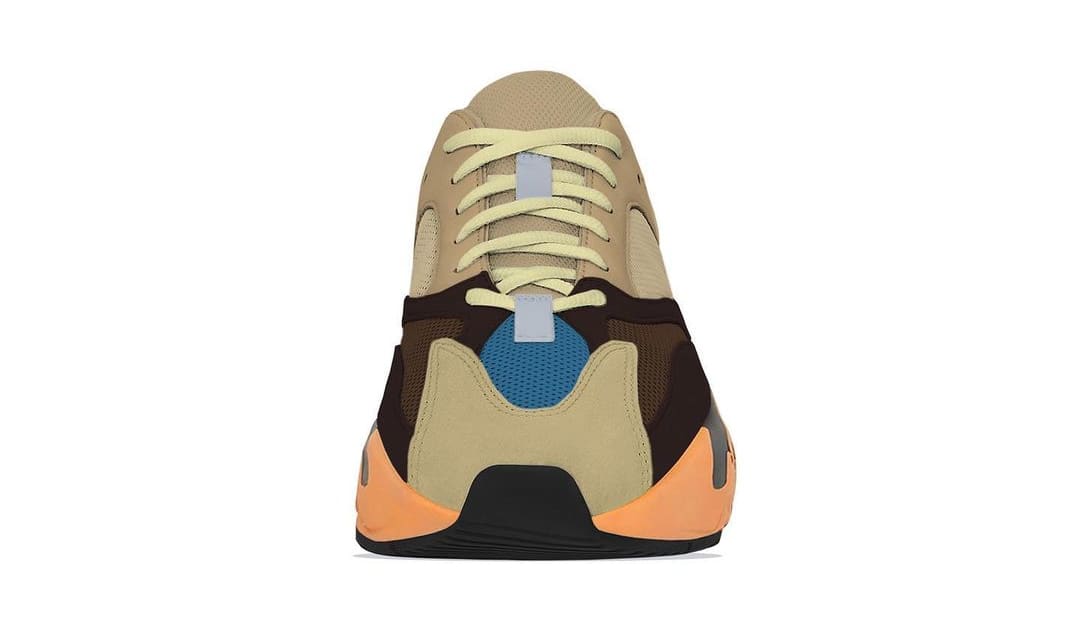 With “Wave Runner” Yeezy Boost 700s expected to restock again and a new “Bright Blue” colorway coming this weekend, yet another style is reportedly joining the lineup.

According to Yeezy Mafia, fans can look forward to a brand new “Enflame Amber” Yeezy Boost 700 this summer. Despite its warm weather launch date, the pair dons a more fall-appropriate palette with a mix of brown and tan earth tones on the upper and an orange midsole reminiscent of the aforementioned “Bright Blue” makeup and January’s “Sun” pair.

The “Enflame Amber” iteration includes other elements that have become signatures of the Yeezy Boost 700 including a touch of blue mesh on the toebox and neon yellow shoelaces. Of course, the shoe also features full-length Boost cushioning.

The Adidas Yeezy Boost 700 “Enflame Amber” is currently expected to release sometime in June 2021 for $240.