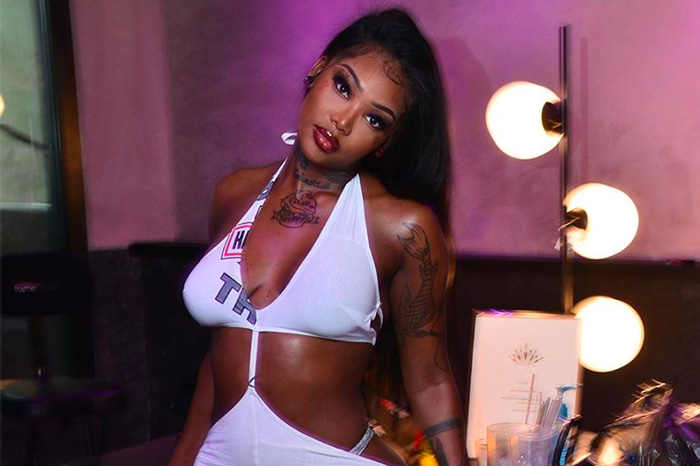 Summer Walker is over men.

Taking to her “galactawhore” Instagram account on Monday, the “Girls Need Love” singer seemingly announced that she was done dating men and was looking for a female companion.

“Where the bitches at?” she asked along with the rainbow emoji, a symbol of the LGBTQ+ community.

She received support from her followers including one who told her, “You have come to your senses! FINALLY.” Summer responded, “It’s not even funny but fr tho.”

It’s unclear what triggered her comments. Summer has been in an on-again, off-again relationship with London On Da Track. The couple welcomed their first child together in March. For her birthday, the producer surprised her with a Tesla Model X.

Walker is not only over men, she’s also over her job. Last month, she made headlines after announcing that she was frustrated with her career. “I legit hate this job, lol,” wrote Summer. “Why can’t I just put out music w out stalkers being obsessed with my private life.”

However, she continues to release music. She can be heard on Shelley FKA DRAM’s new single “All Pride Aside.”