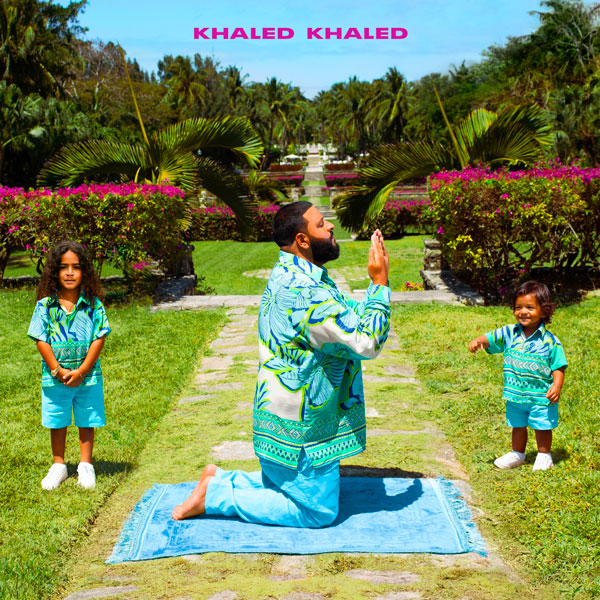 The vocals are all in.

After much anticipation, DJ Khaled has finally announced a release date for his 12th studio album Khaled Khaled. The project is set to drop this Friday, April 30, he revealed on a digital billboard on top of a building in L.A.

He also shared the cover art featuring Khaled on his knees praying alongside his two sons, Asahd and Aalam, in a lush garden setting. “This my name. This is my legacy. This my COVER. Time to bring MORE LIGHT,” said the proud father.

Khaled Khaled, the follow-up to 2019’s Father of Asahd, is expected to be another star-studded affair. Khaled has been teasing some of the A-list guests including Justin Timberlake, Justin Bieber, H.E.R., Migos, Nas, Lil Baby, Roddy Ricch, and Timbaland. He also shared a teaser for a song called “Thankful” featuring Lil Wayne and Jeremih.

The album previously spawned a pair of Drake singles, “Popstar” and “Greece,” which were released last July.

ALBUM 99.7% DONE
99.7!!! WERE SO CLOSE
THE LIGHT IS TALKING TO ME !🌞#FANLUV IM FEELING THE ENERGY ! IM INSPIRED!! STAY TUNED BECAUSE I MIGHT PUSH THE BUTTON!! JUST WAITING ON THE LAST 0.3% BEFOFE I MAKE MY DECISION!! I WILL HAVE A HUGE UPDATE LATER TODAY!!
I FEEL IT ! pic.twitter.com/iz2ItIhDkc