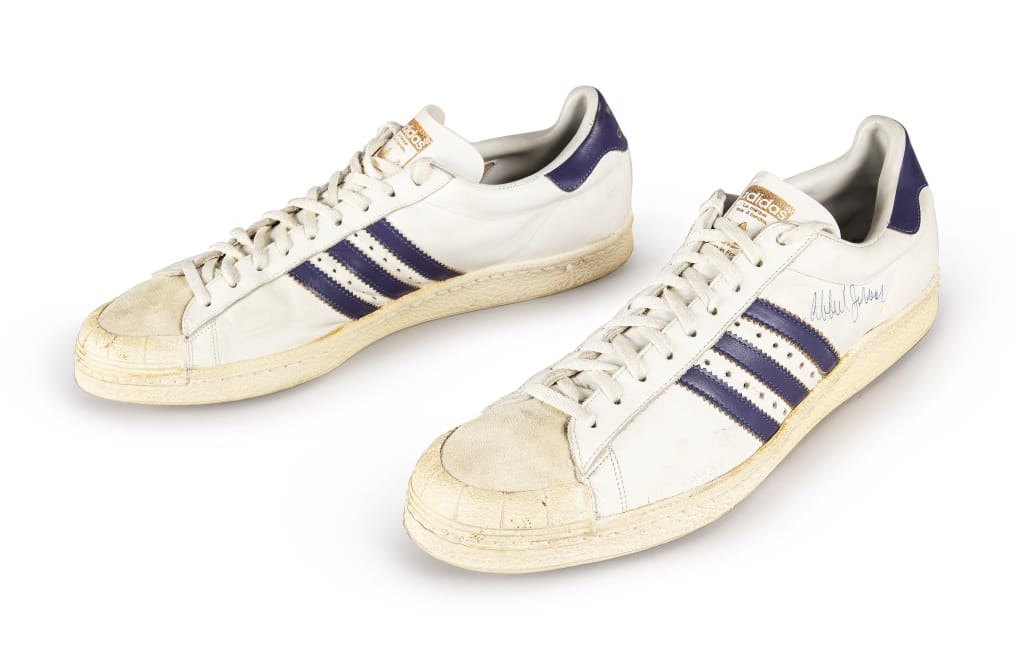 Over a dozen sneakers worn in-game by some of the NBA’s all-time biggest names are up for grabs.

Following Sotheby’s record-breaking $1.8 million Nike Air Yeezy 1 “Grammy” auction earlier this week, the auction house is back at it with another high-profile sneaker offering. Based in Geneva but with worldwide shipping options so global bidders can get in on the action, the Sotheby’s “Gamer’s Only” group comprises thirteen different sneakers game-worn by players including legends like Michael Jordan, Kareem Abdul-Jabbar, and Shaquille O’Neal and one surefire Hall of Famer in Steph Curry.

The highlight of the lot is a player sample version of MJ’s 1985 “Chicago” Air Jordan 1. While it may not end up selling for quite as much as last year’s $560,000 autographed version did, the pair is still expected to fetch over $160,000.

Other pairs included in the group are Abdul-Jabbar’s 1979-80 Adidas, a pair of Shaq Dunk.net shoes, and Curry’s 2015-16 Under Armour Curry 2s complete with “I can do all things” personalization. Other players include Charles Barkley, Patrick Ewing, Kevin Garnett, Allen Iverson, Moses Malone, Steve Nash, Scottie Pippen, Isiah Thomas, and Dominique Wilkins.

Readers can view the full Sotheby’s “Gamer’s Only” auction, which ends May 12, here.