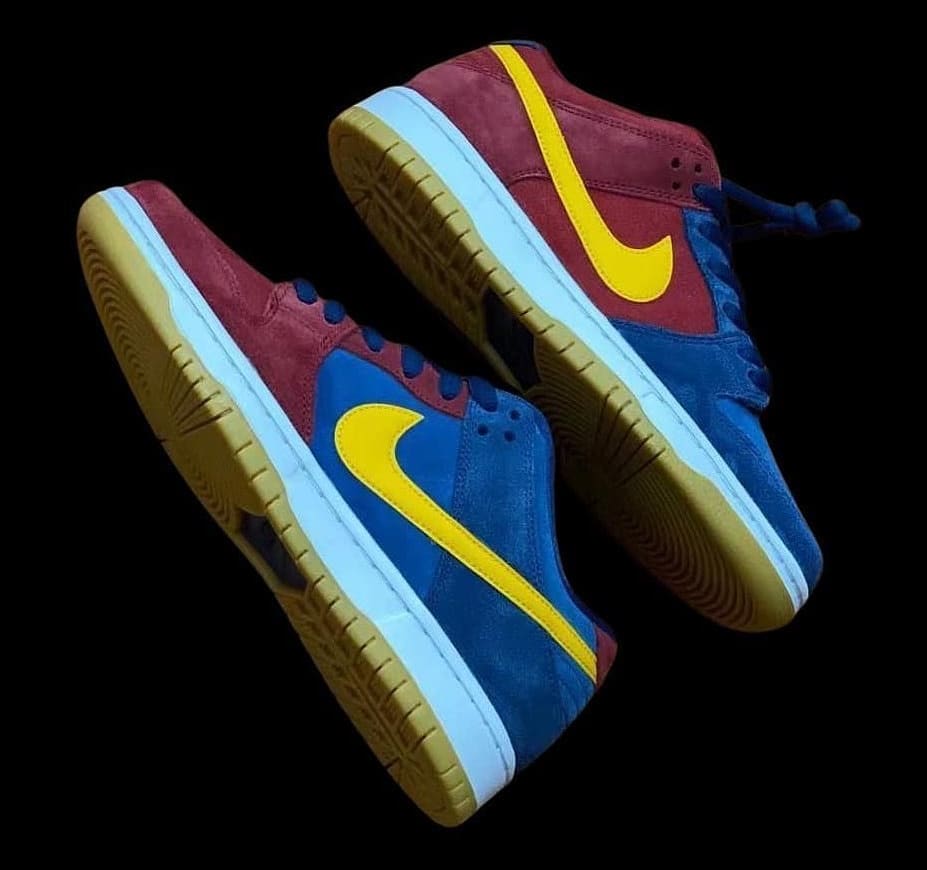 Nike SB hasn’t been shy in recent years about referencing different sports for new SB Dunk Low releases and the latest pair will borrow the color scheme of a legendary European soccer club.

Newly leaked images from @Thatsoleretreiver show a first look at a forthcoming SB Dunk Low dressed in FC Barcelona’s team colors. The shoe is fairly direct with its connection to the club as the look is done up with an appropriate maroon and blue suede-based upper but the color schemes are swapped from the left shoe to the right. Adding to the look are yellow accents on the Swoosh branding and tongue while a white midsole and gum outsole complete the look. It’s worth noting that there are no official Barcelona markings visible in the photos.

For now, the release details for this “Barcelona” SB Dunk Low are unknown but keep it locked to Sole Collector for new developments as they become available.