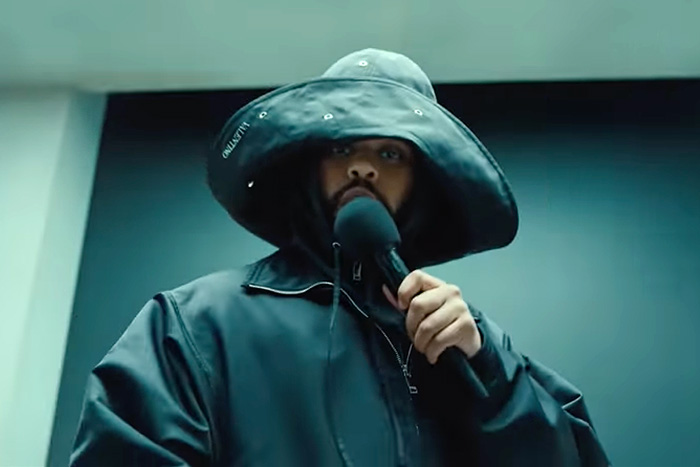 The Weeknd Performs ‘Save Your Tears’ at BRIT Awards

The Weeknd stormed the stage at the U.K.’s BRIT Awards.

The XO crooner delivered an electrifying performance of his chart-topping hit “Save Your Tears” on Tuesday’s show. Wearing a black Valentino poncho and hat that covered his face, he began his pre-taped set in an empty box in the middle of the desert as it started to rain. As the storm worsened, The Weeknd powered through while being drenched by the elements.

The 16-time Billboard Music Awards nominee also took home the award for International Male Solo Artist, presented by none other than Michelle Obama.

“He’s made himself into one of the biggest names in music,” said the former First Lady while also acknowledging Abel’s philanthropic efforts. “In a tough year, he’s provided a light that’s pretty blinding and given us all a reason to dance.”

The Weeknd accepted the award by acknowledging his international fan base including those in Ethiopia. “To my people in Ethiopia who are suffering, you are deep in my heart,” he said.

“Save Your Tears” is No. 1 for a second week on the Billboard Hot 100. He and Ariana Grande will perform the remix for the first time at the iHeartRadio Music Awards on May 27.