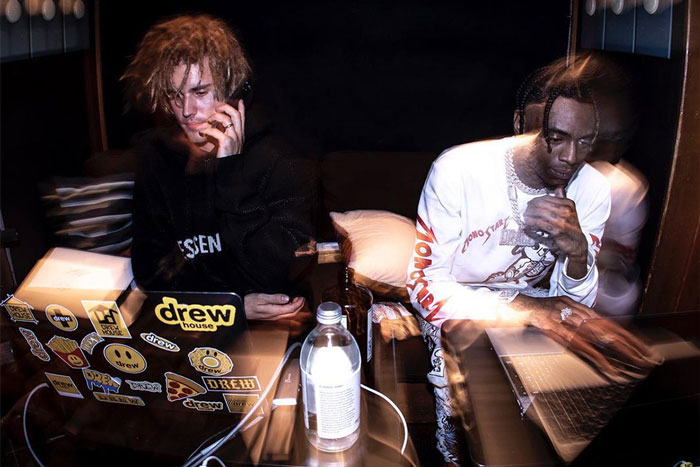 Justin Bieber and Soulja Boy have some heat on the way.

The pop superstar and rapper recently hit the studio to cook up new music. They teased the potential collaboration by sharing photos from their recording session on Instagram. They didn’t reveal what they were working on, but Bieber appeared to be enjoying himself in the studio. He can be seen dancing alongside Soulja Boy in one photo.

“Love you bro,” Bieber captioned his photos, while Soulja responded in the comments, “Love you more bro.”

Bieber’s photographer Rory Kramer was on hand to document the moment. “Today was legendary. Very nostalgic for me,” he wrote.

The two previously collaborated on the 2010 song “Rich Girl,” but it was never officially released to streaming services.

It’s unclear where their new collaboration will land. Draco is enjoying success with his latest single “She Make It Clap,” while Bieber’s “Peaches” is currently No. 3 on the Billboard Hot 100.

Bieber has also reportedly collaborated with BTS on a new song, which could appear on a future repackaging of his latest album Justice.

T-Pain and Kehlani Team Up on ‘I Like Dat’

H.E.R. and Chris Brown Team Up in ‘Come Through’ Video