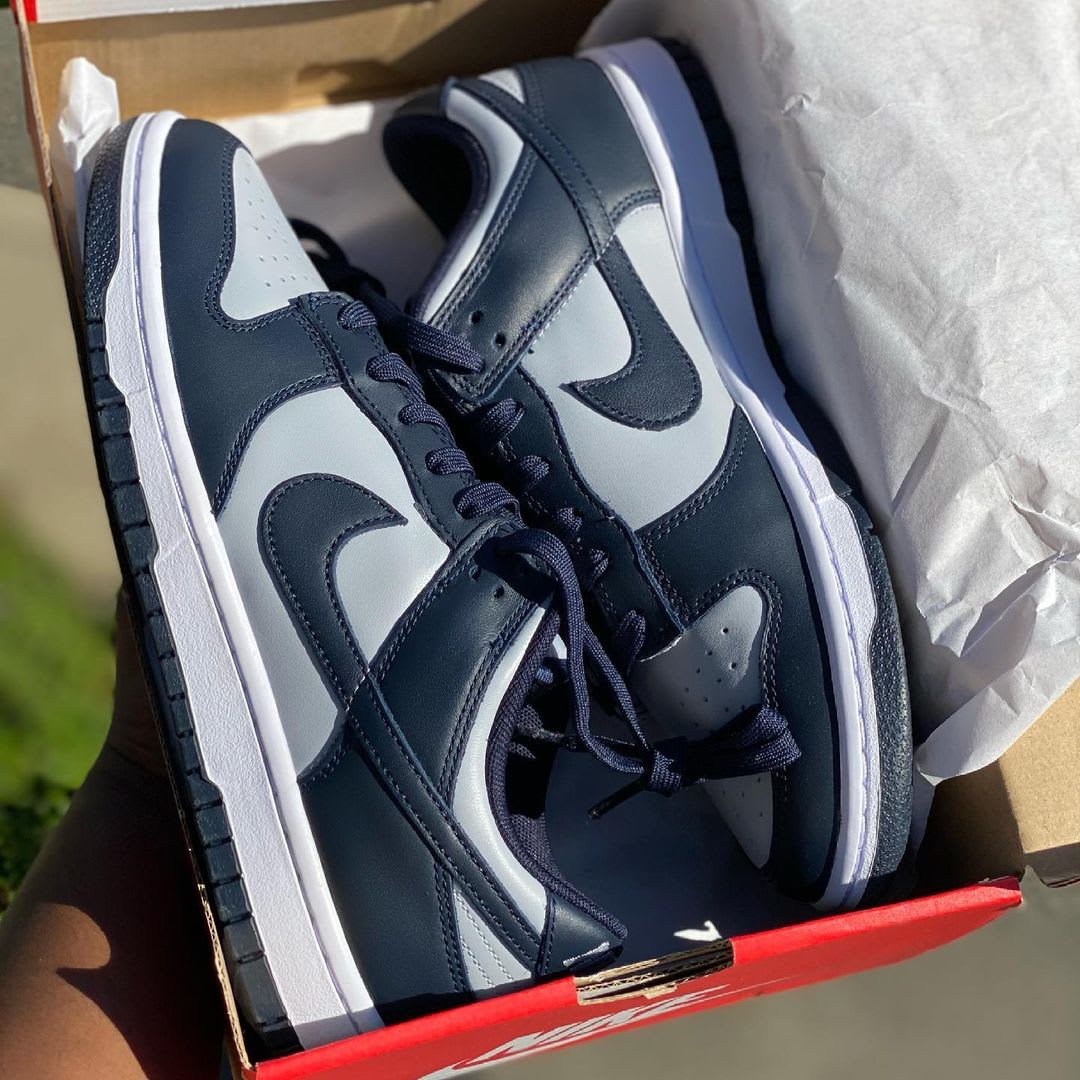 Although the Georgetown Hoyas are most closely tied to the Nike Terminator, the brand is applying the school’s signature colors to an upcoming Dunk Low.

The upcoming Nike Dunk Low “Georgetown” borrows the Hoyas’ grey and navy hues for a pair that follows the two-tone “Be True to Your School” collegiate theme despite not being part of the original pack. Inside, the insole’s Nike logo deviates from the theme with an hit of orange.

The Georgetown colors are a first for the Dunk Low, but a Dunk High released with similar color blocking in 1999. Nike SB also released a Terminator-inspired Dunk High in Hoyas colors as part of a “Rivalry” collection in 2014.

A release date for the Nike Dunk Low “Georgetown” has not been confirmed, but fans can expect the pair to be available in a wide range of sizes.