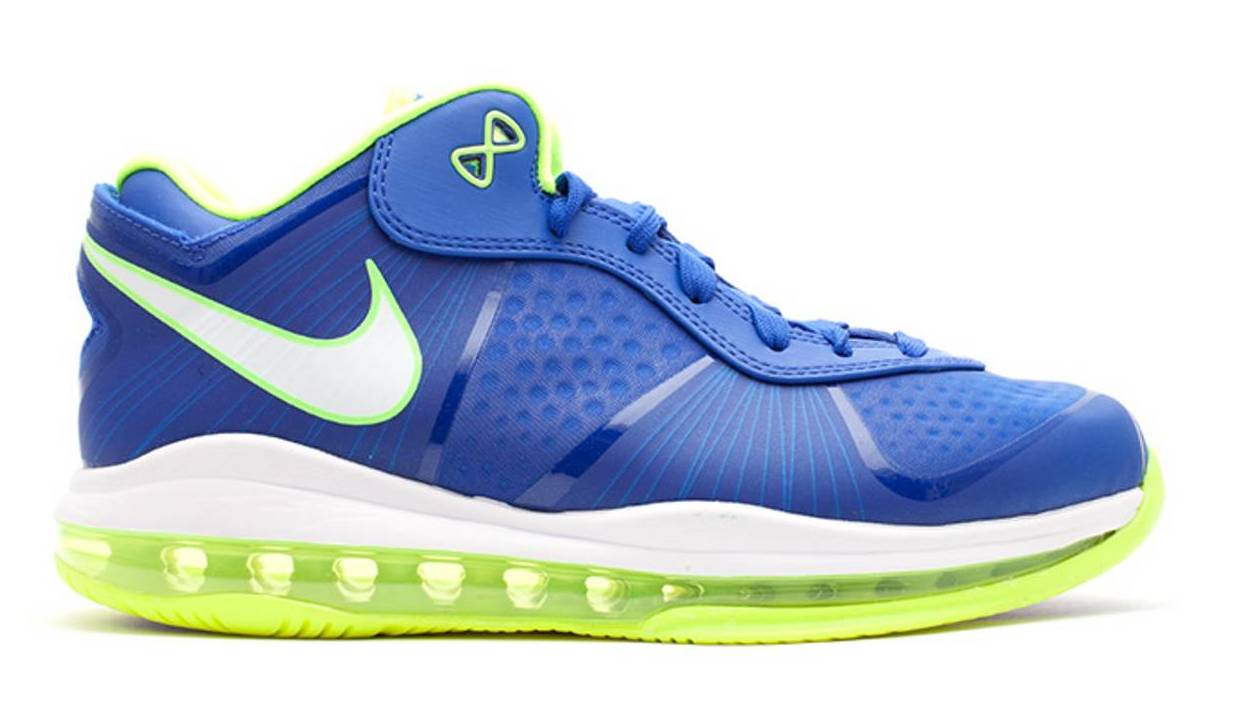 Reports about the re-release for the “South Beach” and “Miami Nights” Nike LeBron 8s have circulated for quite some time now, but another popular colorway of the shoe could be joining the retro lineup.

According to Sneaker Files, the “Sprite” LeBron 8 Low is reportedly returning next month—ten years after its original release. This iteration of the shoe sports a predominantly blue upper that’s accented with neon green hits on the sock liner, Swoosh branding, and outsole. While the name of the colorway references the popular soft drink, the shoe isn’t an official collab with Sprite. Images of the 2021 version have not yet surfaced, but early info suggests it will be a near-exact retro of the original pair.

There’s currently no release info available for the “Sprite” Nike LeBron 8 Low but we’ll keep you updated in the weeks ahead.