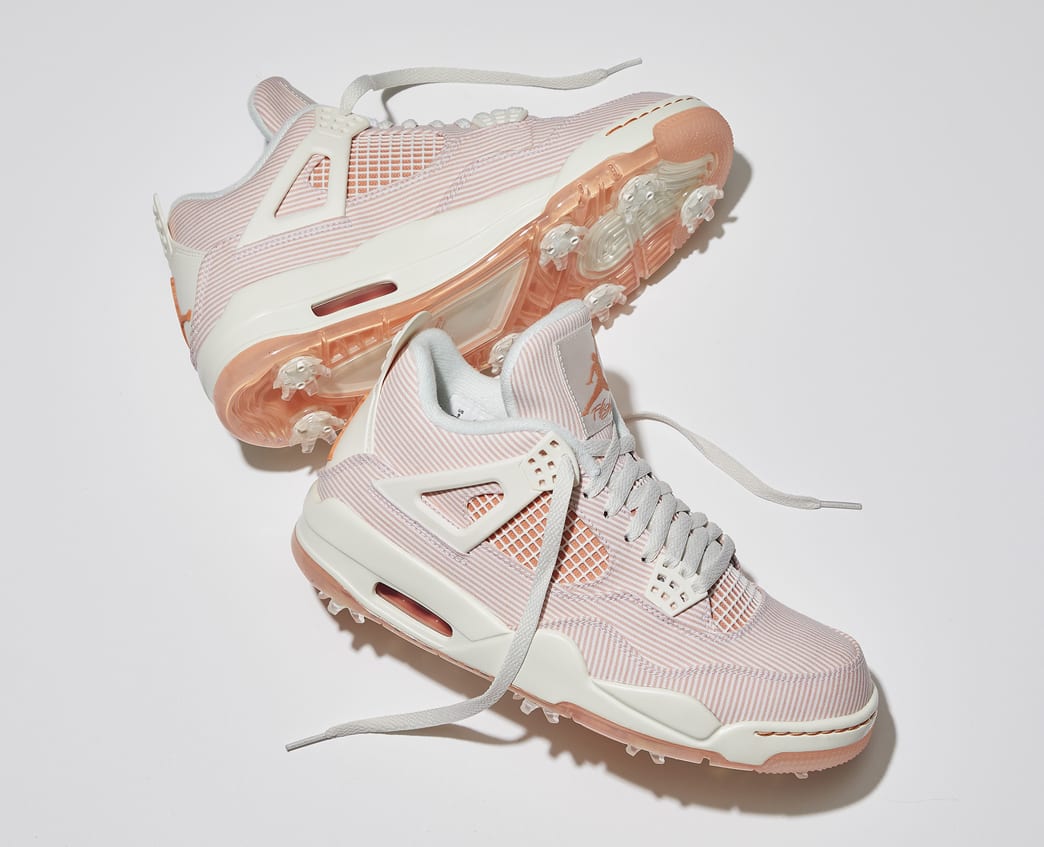 It turns out March’s “White Cement” Air Jordan 4 Golf isn’t the only colorway of the performance golf shoe that Jordan Brand has planned for this year. Next up on the launch calendar is a trio of styles arriving next month.

While this set pictured here is connected together by its release timeframe, each colorway embodies a different color scheme and theme. According to the brand, the first “Seersucker” makeup draws inspiration from one of Michael Jordan’s suits boasting a striped design on the upper. The “Green Metallic” iteration takes direct inspiration from last year’s “Metallic” Jordan 4 release. Rounding out the pack is the “Teal Purple” colorway, which references oceanside hues and the ripstop nylon material featured on Jordan Flight Suits.