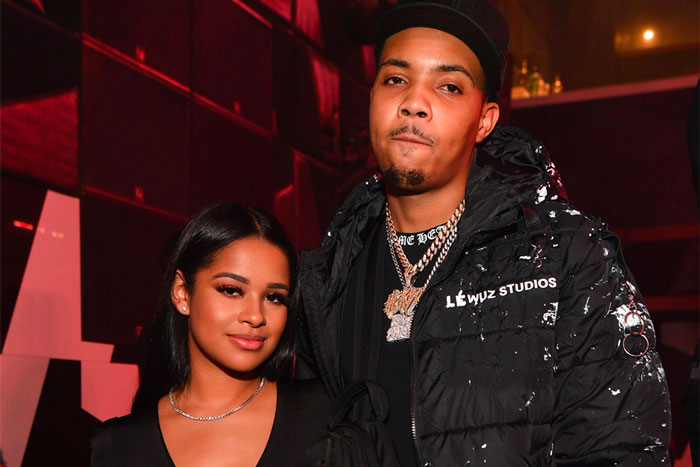 G Herbo has a new addition to his family.

The Chicago rapper and his fiancée Taina Williams have welcomed their first child together. On Thursday, the proud dad shared the first photo of himself holding his newborn son in his arms. In the black-and-white pic, the baby holds up his fist next to his dad’s chest. Herbo captioned the post with black and white heart emojis.

On New Year’s Eve, Williams announced that she was pregnant with the couple’s first child.

“Sometimes the greatest things in life are worth hiding for a bigger sacrifice. Happiness is an understatement for the joy that we feel and the light that you’ve already brung upon us,” she wrote at the time. “God knows I prayed for you ..The journey is never easy but the story is always amazing to tell .. this feeling is indescribable.”

Earlier this month, they celebrated their son’s arrival with a baby shower in Beverly Hills, where Williams’ mother Emily Bustamante and stepfather Fabolous were in attendance.

The couple first started dating in January 2019 and got engaged in December of last year. G Herbo also has a 3-year-old son, Yosohn Wright, from his previous relationship with Ari Fletcher.

NBA YoungBoy Not Dead Despite Report

Saint Rien’s Sugary Flow Captivates On New Single ‘Like You’