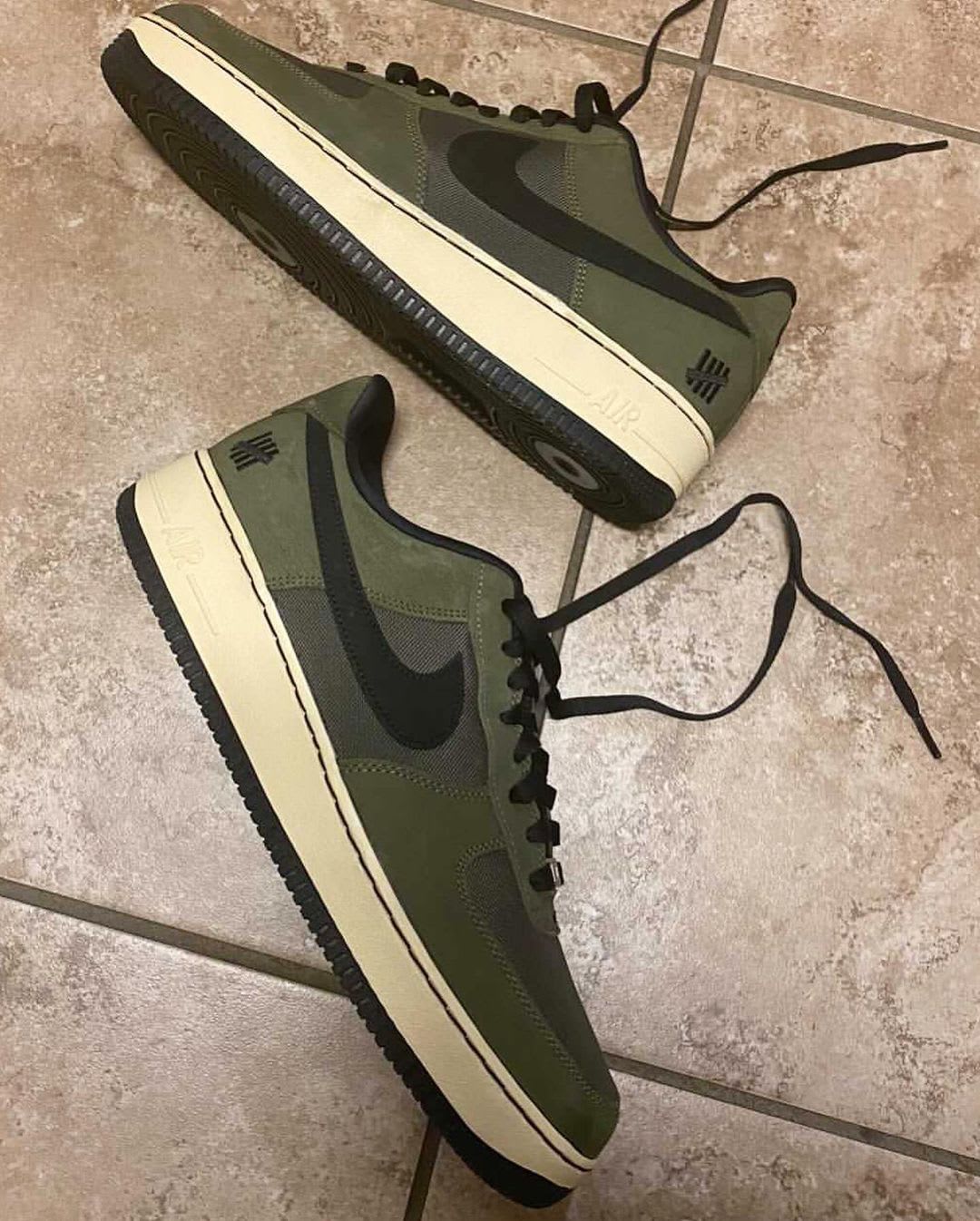 After getting an early look at its upcoming Dunk Lows, we’re now getting a preview at the other Nike shoe included in West Coast sneaker chain Undefeated’s purported “Dunk vs AF1” lineup.

Leaked images shared by @Magic_Tarantino show an unreleased Undefeated x Nike Air Force 1 Low styled in the store’s traditional olive green palette in a mix of nubuck and ballistic nylon. The theme of the duo’s upcoming project appears to take the store’s previous Dunk and Air Force 1 collabs and remix the sneakers by applying their respective designs onto the opposite silhouettes.

This Air Force 1 Low collab references Undefeated’s “Ballistic” Dunk High from 2003, which was made exclusively for employees of the store at the time before it released to the public in 2013.

There are currently no release details available for this collaborative “Dunk vs AF1” Undefeated x Nike Air Force 1 Low but keep it locked to Sole Collector for updates.