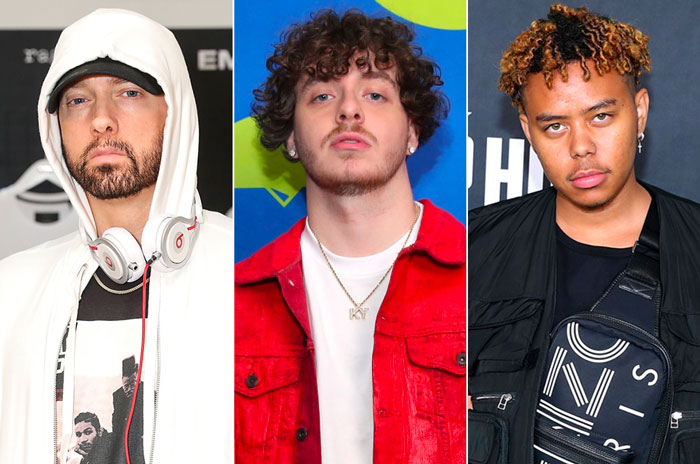 Eminem reloads with a cold-blooded remix to his song “Killer” featuring two of hip-hop’s brightest stars.

Jack Harlow and Cordae link up with Slim Shady on the d.a. got that dope-produced track (“Godzilla”).

The “WHATS POPPIN” rapper, who grew up idolizing Eminem, pays homage to his idol. “I used to rock a toboggan, headphones around my neck tryna be like Shady,” he raps, while Cordae holds his own alongside the Rap God.

Em finishes it off with a lethal verse on which he references Lil Wayne (“Bitch, I go harder than Carter III“) and Cardi B (“She got a body and bottom like Cardi B”).

“Killer” initially appeared on Side B, the deluxe edition of Eminem’s chart-topping album Music to Be Murdered By, which dropped in December with 16 brand new tracks.

The Detroit rapper may have even more music on the way. Earlier this week, video director Cole Bennett stirred speculation of an Eminem and Post Malone collaboration with a cryptic Instagram post.