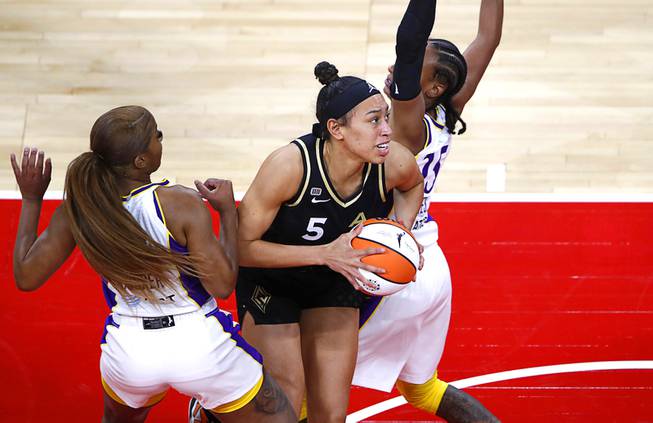 Wilson had eight points and Hamby added seven in a 21-2 run that made it 24-10 late in the first quarter and the Aces led by double figures the rest of the way. Indiana made 1 of 12 from the field and committed three turnovers during that decisive stretch.