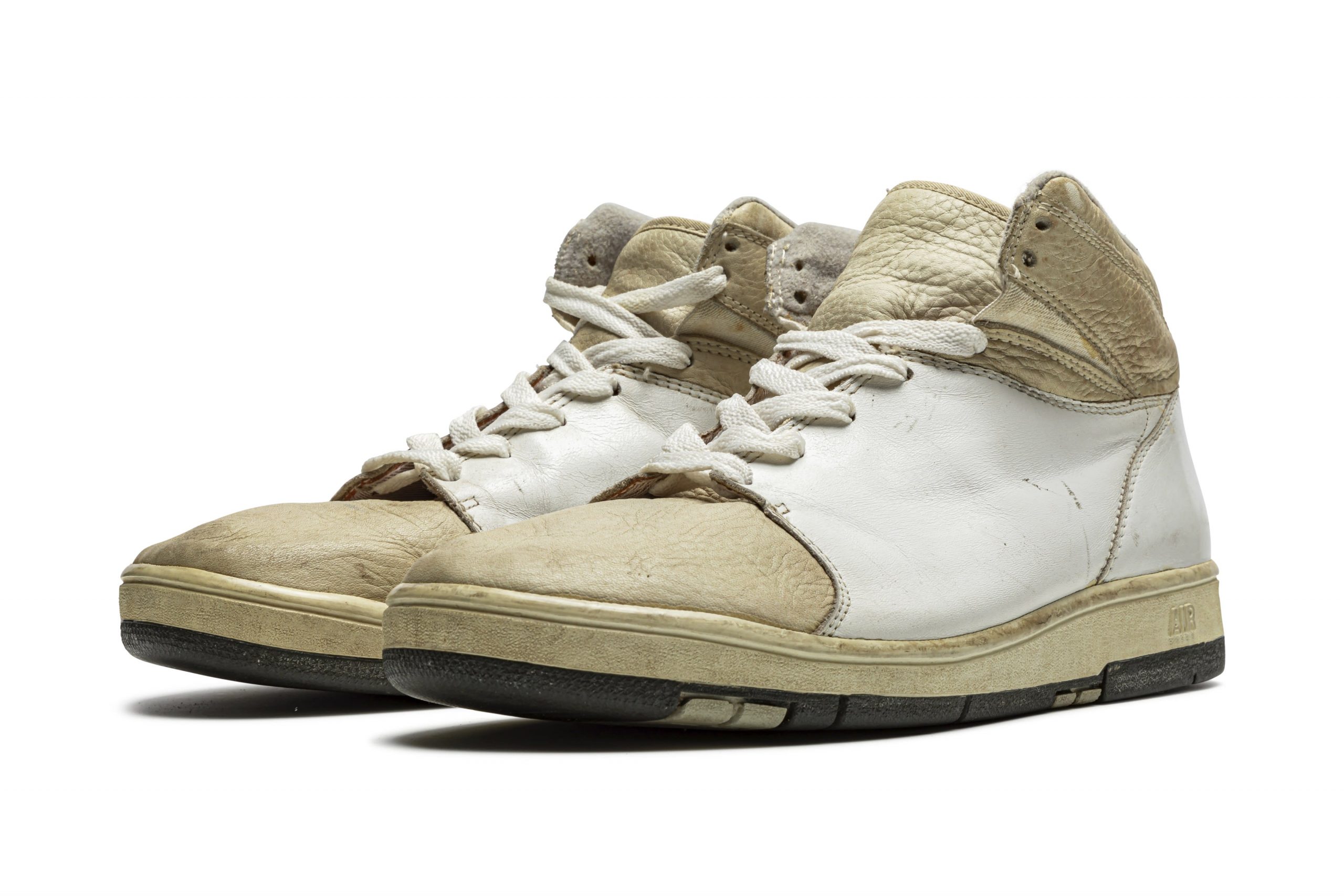 After auctioning nearly a dozen sneakers game-worn by Michael Jordan last year which included a $615,000 pair of Air Jordan 1s worn by MJ in his famous “shattered backboard” game, Stadium Goods and Christie’s are following it up with an even bigger collection for part two.

Titled “Original Air Takes Flight: The Evolution and Influence of Air Jordan Sneakers,” the second installment includes 90 pairs of sneakers in total. Highlights from the group include a complete set of original Air Jordan 1 through Air Jordan 14, including fan-favorite colorways like the “Black/Cement” Air Jordan 3, “Grape” Air Jordan 5, and “Concord” Air Jordan 11. According to Christie’s, this is the first time that OG versions of Jordans 1 through 14 have been compiled for auction.

In addition to well-known Air Jordans, the range features more obscure samples including an Air Jordan 1-2 hybrid prototype which is believed to be the only version of its kind in existence and an Air Jordan 1 “Bred” salesman sample complete with a suitcase. The former is expected to be the most valuable pair in the collection with an expected sale price between $120,000 and $160,000.

Aside from the pairs made famous by MJ, the “Original Air Takes Flight: The Evolution and Influence of Air Jordan Sneakers” collection extends to other athletes and personalities connected to Jordan and the brand. Notable sports figures include shoes tied to Kobe Bryant, Derek Jeter, Charles Barkley, and Russell Westbrook, while entertainers like Drake and Eminem’s collaborations are also up for grabs.

Online browsing for the auction is open now, and the full 90-pair offering will be displayed at Christie’s New York from June 4 to 9 along with a viewing of select pairs from June 9 through 30. Bidding will begin on June 22 and ends June 30.