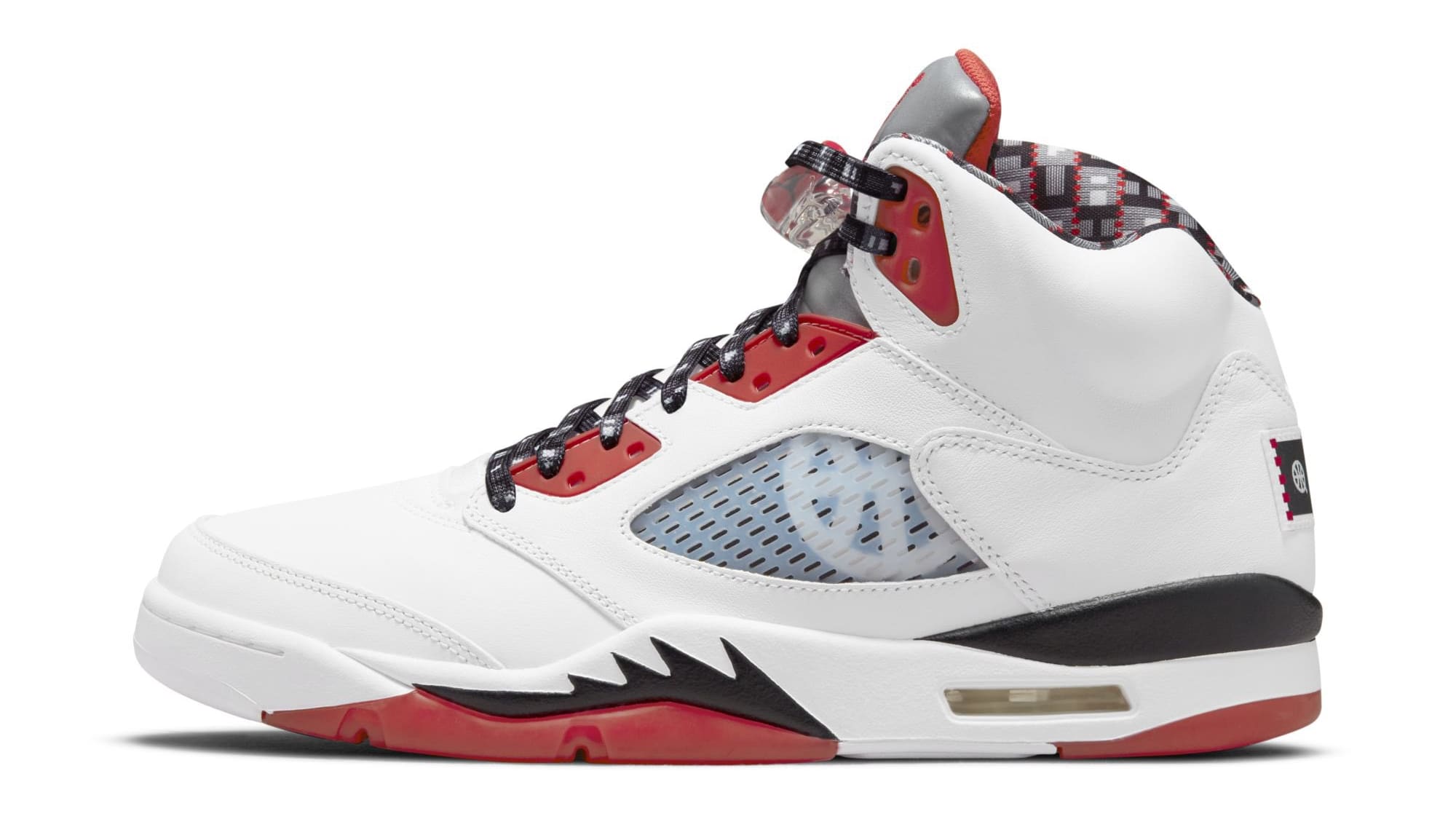 For the past 10 years, Jordan Brand has celebrated annual Parisian streetball tournament Quai 54 with a special Air Jordan retro release, none more coveted than 2011’s Air Jordan 5. A decade later, the brand is revisiting the model for this year’s event.

The 2021 “Quai 54” Air Jordan 5 carries a more traditional aesthetic, bearing a Bulls-like palette of white, black, and red. A pattern adorns the laces and lining, while the official Quai logo appears beneath the mesh quarters and on the heel patch. Keeping the shoe in line with the model’s heritage is the use of 3M reflective material on the tongue.

A release date hasn’t been announced for the “Quai 54” Jordan 5, but we’ll keep you posted as new details are revealed.