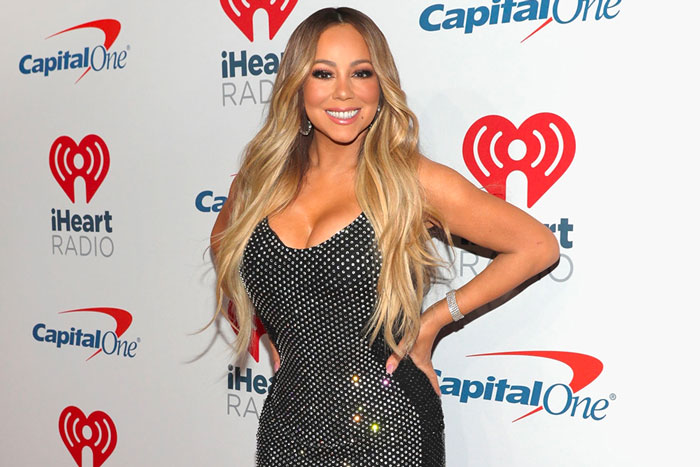 The pop icon reunites with Jimmy Jam & Terry Lewis on the latter’s new single “Somewhat Loved (There You Go Breakin’ My Heart).” The Elusive Chanteuse puts her powerful pipes on display while hitting her signature high notes on the piano-driven bop.

Mariah and the legendary production duo have a history of collaborations including their chart-topping 2000 hit “Thank God I Found You” featuring Joe and 98 Degrees.

“When we started Jam & Lewis: Volume 1, we put a wish list together of all our favorite artists,” said the Grammy-winning producers. “The chance to reunite with our friend and fellow Songwriters Hall of Fame partner Mariah was wishlist fulfillment at its finest.”

Added Mariah, “Working with Jimmy & Terry through the years has been one of the greatest creative journeys I’ve ever taken. It’s a great honor for me to participate in this once-in-a-lifetime album!”

Mariah recently split with Roc Nation management and is reportedly working on a “heavily R&B-influenced album.” However, she denied rumors that she and JAY-Z had an “explosive” meeting upon her departure.

Shock G’s Cause of Death Revealed