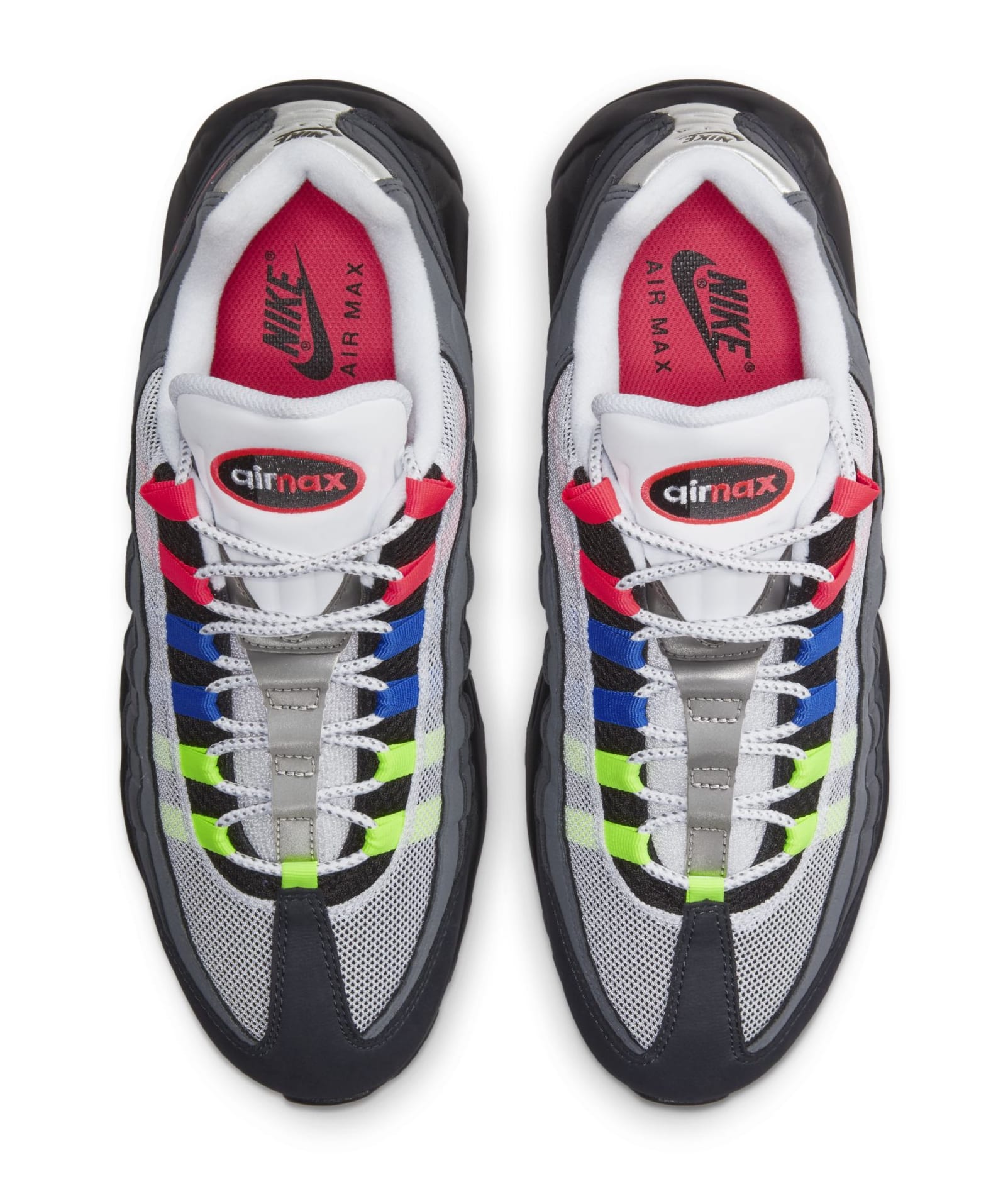 Every now and then, Nike takes some of its popular model’s most memorable color schemes and mashed them up to create a new release.

Take this upcoming Air Max 95 for example, which features accents from three fan-favorite styles including the “Neon,” “Crystal Blue” and “Solar Red” accents featured on the eye stays. The incorporated styles from the Sergio Lazono-designed shoe are joined together by their traditional grey quarter panels on the upper while solar red hits appear on the heel’s mini Swoosh branding and footbed. Rounding out the look is a black midsole with a neon Air bubble at the forefoot and solar red at the heel.

There’s currently no release date available for this Air Max 95 release but check out additional shots of the shoe below courtesy of @US_11 on Twitter while we await the official release info from Nike.