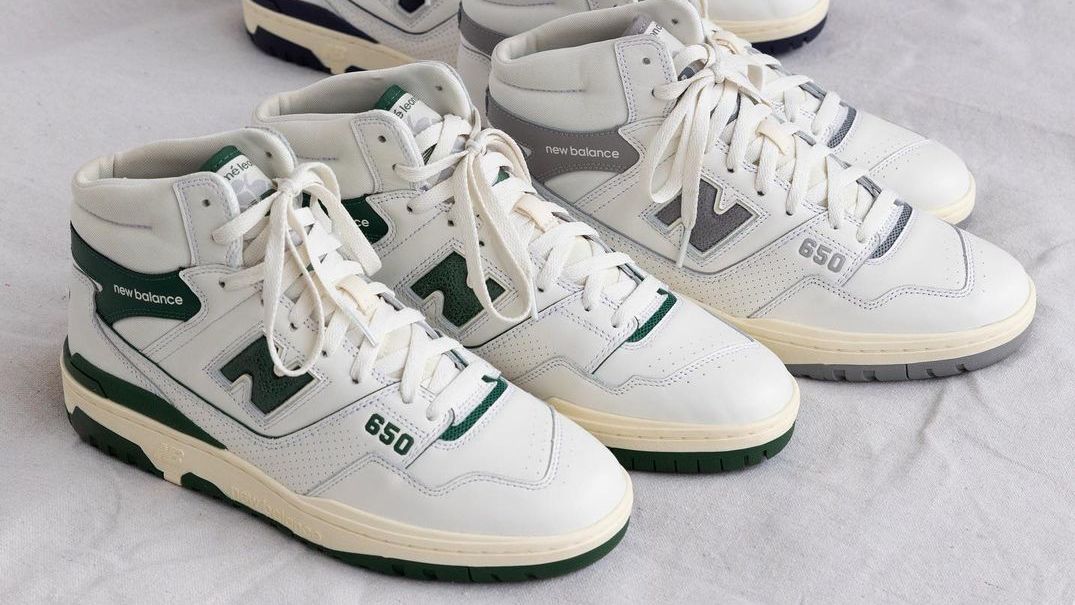 Teddy Santis will be taking the role as creative director for New Balance Made in USA next year, and is still collaborating with the Boston brand for his New York-based fashion imprint Aimé Leon Dore in the meantime.

Upcoming between the two entities is the Aimé Leon Dore x New Balance 650R collab, which Santis previewed on Instagram today. The shoe is essentially the high-top version of their recent P550 Basketball Oxford styles and is offered in green, grey, and black color schemes while co-branding is applied to the tongue tags. The trio also features a vintage-inspired look with pre-yellowed midsoles.