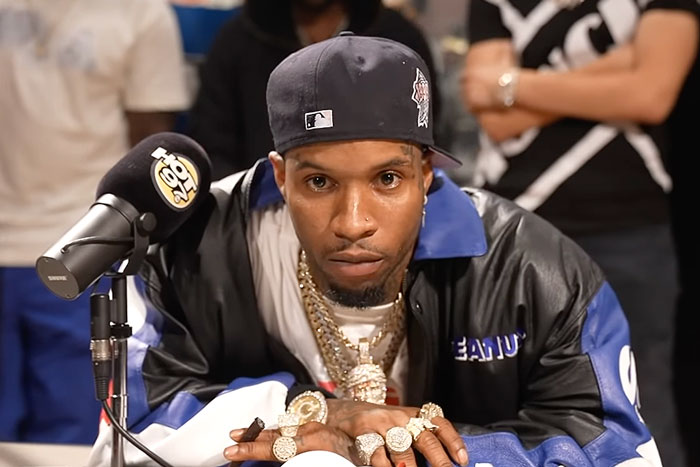 Tory Lanez Says He Was ‘Framed’ on New Freestyle

Tory Lanez is back at it.

The One Umbrella rapper stopped by Hot 97 on Monday where he dropped another explosive freestyle for Funkmaster Flex. Over Cassidy’s “I’m a Hustla” beat, he addressed the fallout in the wake of last year’s shooting involving Megan Thee Stallion.

“On Twitter, ‘Oh he canceled,’ now I’m back here,” declares Tory, who pleaded not guilty to the assault charges and is still awaiting trial in the case.

On his five-minute flow, he also claims he was set up. “Shout out to DaBaby, Roddy Ricch, and Lil Baby / What I’m about to say is gon’ sound a little crazy, but it’s true so don’t flame me / Y’all all would have got your awards if they didn’t frame me,” he raps.

It’s unclear what he means by this, but it could be a reference to DaBaby, Roddy Ricch, and Lil Baby not taking home recent awards because of their association with Tory.