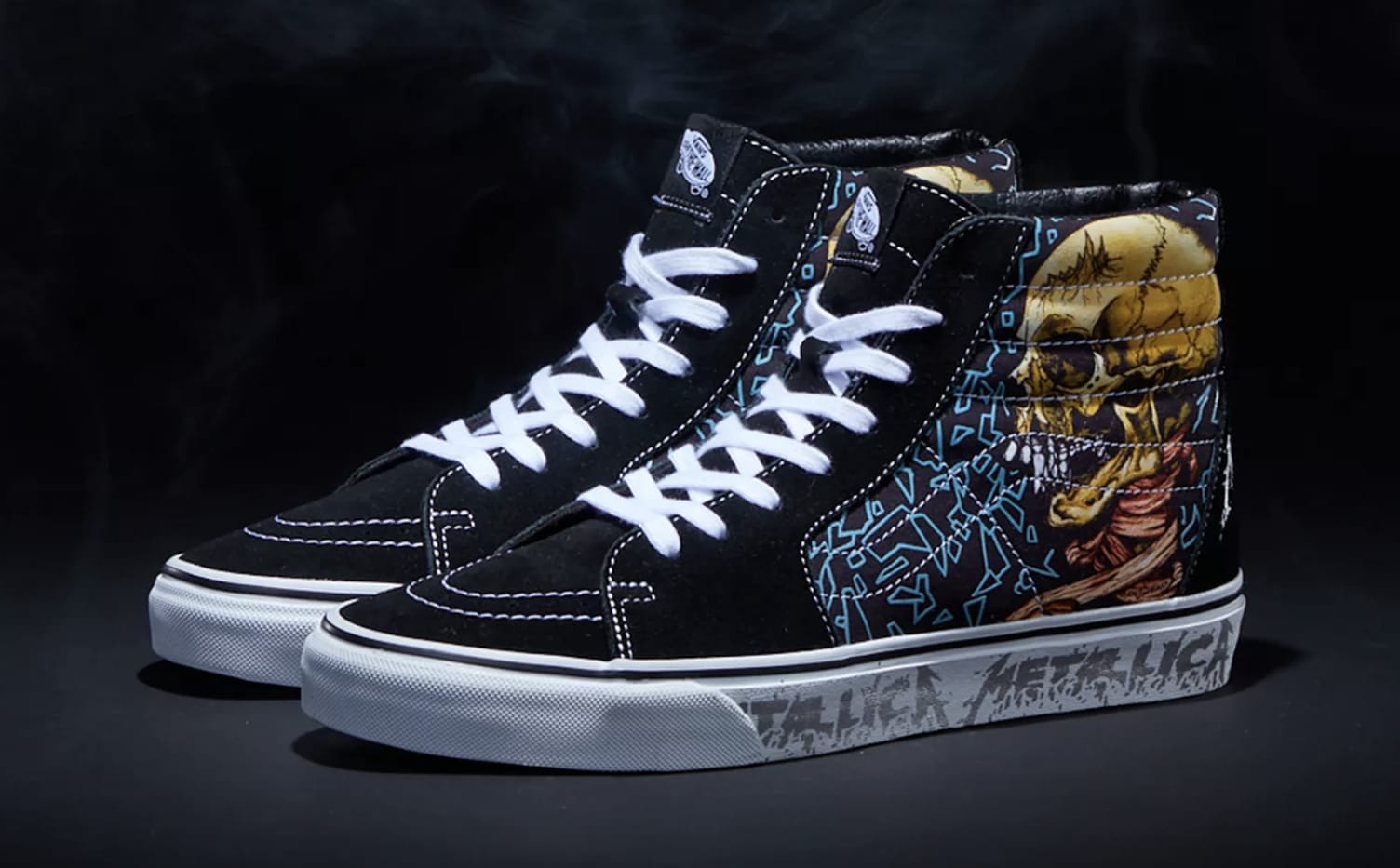 Vans has linked up with legendary rock band Metallica for a new set of sneakers arriving soon.

The latest collab includes a new iteration of the classic Vans Sk8-Hi and Slip-On silhouettes to celebrate the 30th anniversary of the band’s top-selling album titled The Black Album. The shoes feature skull graphic-laden uppers created by famed graphic artist Brian Schroeder aka “Pushead” who designed the iconic imagery and artwork for the band’s promotional materials since 1986. Each pair also features silver Metallica branding embroidered on the heel along with white vulcanized tooling while an all-over “Metallica” print appears on the midsole of the Sk8-Hi.

This latest Metallica x Vans Sk8-Hi and Slip-On collection will be released exclusively for Vans members at Vans.com/family on July 25 followed by a second drop on July 26 at Metallica.com. As of now, retail pricing for the shoes wasn’t announced.