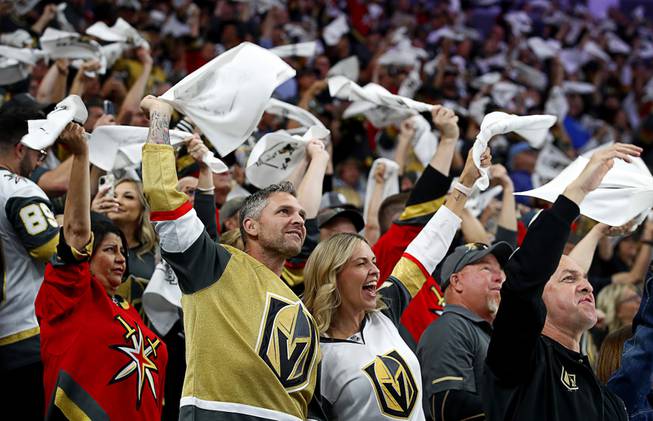 The Golden Knights will require masks for fans attending games at T-Mobile Arena this season, regardless of COVID-19 vaccination status.

Golden Knights home games, as an indoor venue with a capacity of greater than 4,000, are subject to an order from Nevada Gov. Steve Sisolak requiring either proof of vaccination against COVID-19 or masks for all. The Golden Knights chose the mask option, as confirmed by the team today.

“Per the current guidance outlined in the State of Nevada’s Directive 047, masks will be required for fans attending our home games. However, proof of vaccination and/or proof of a negative COVID test in advance of attending a game will not be required at this time,” the organization said in a statement.

The Golden Knights open their preseason slate on Sept. 26 at home against the San Jose Sharks, the first event in which the edict will be in place. The regular season begins at home on Oct. 12 against the Seattle Kraken.

This will also apply to Silver Knights games at Orleans Arena and Dollar Loan Center.

Shortly after Sisolak’s announcement, the Las Vegas Raiders became the first NFL team to require vaccination for their home games. The Raiders season begins on Sept. 13 at Allegiant Stadium against the Baltimore Ravens.

The spread of the Delta variant has required venues to reinstitute virus-related policies. The Golden Knights began last season in January with no fans in the building, allowing them in March and steadily building to a full capacity. By their final game in June, the building was full with no mask requirement for vaccinated individuals.