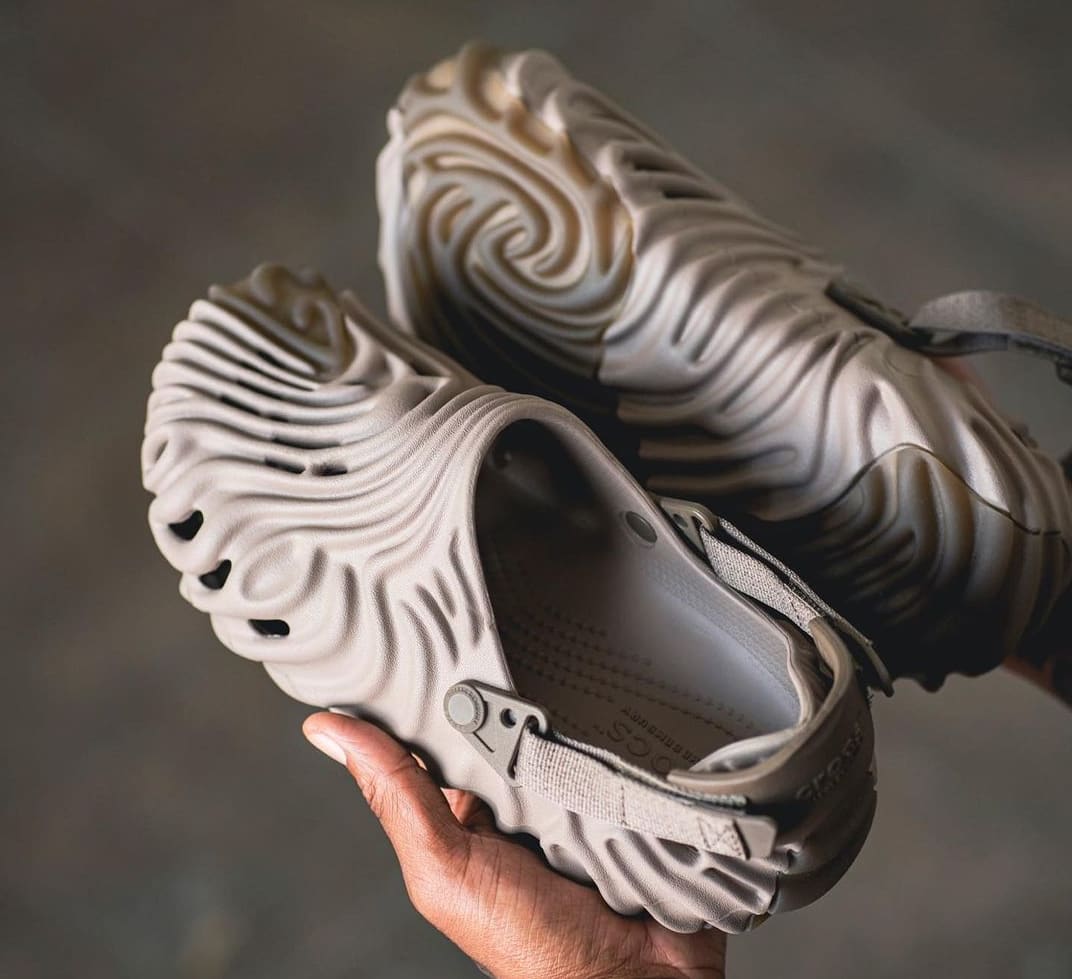 Salehe Bembury has already started teasing his next New Balance collab, but there’s another noteworthy piece of footwear joining the designer’s résumé this holiday season.

Bembury has been previewing a project with Crocs since July, and now he’s announced more release info along with looks at additional colorways. First unveiled in a white colorway with black details, the shoe is also set to release in tan “Menemsha” and green “Cucumber” styles, both of which can be seen below.

The shoe molds Crocs’ traditional foam construction into a pattern reminiscent of Bembury’s now-signature fingerprint pattern also seen on his work with New Balance. It includes translucent rubber segments on the outsole which also extend up the front and back of the design.