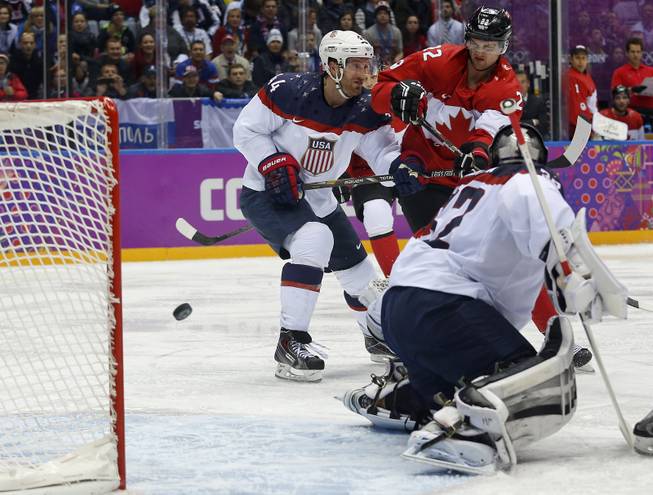 When Pete DeBoer was announced as an assistant coach for Team Canada at the Olympics, it came with the caveat that NHL players may not go. There were still issues to work out.

Those issues have been worked out, and the Golden Knights coach is going to Beijing in February. Soon, we’ll see how many of his players join him.

The International Ice Hockey Federation (IIHF) announced today that players will indeed take part in the Olympics after missing out on the 2018 Games after an agreement was reached with the NHL and the Players’ Association. Players will depart from the NHL All-Star Game in Las Vegas, and a three-week break is built into the season to accommodate the Games.

“We understand how passionately NHL players feel about representing and competing for their countries,” NHL deputy commissioner Bill Daly said in a statement. “We are very pleased that we were able to conclude arrangements that will allow them to resume best on best competition on the Olympic stage.”

The Golden Knights’ last game before the Olympics is Feb. 1 at home against the Sabres. The All-Star Game is scheduled for Feb. 5, and the season will resume for Vegas on Feb. 25 in Arizona.

DeBoer will be making his first appearance on an Olympic bench after years coaching Canada at other international events. As much as half of the Vegas roster could join him across the players’ respective national teams, with players like Mark Stone (Canada), Max Pacioretty (USA) and William Karlsson (Sweden) seeming locks for inclusion.

NHL players have not participated in the Olympics since Canada won gold at the 2014 Games in Sochi. Disputes between the league and the Olympic committees forced their exclusion from PyeongChang four years ago, but a revised Collective Bargaining Agreement signed last year promised inclusion next year as well as to Milan in 2026.

While the announcement today is expected to hold up, virus-related issues could still cause last-minute cancellations for the current plan. If NHL regular season games are postponed because of outbreaks, the league can still opt out of Olympic participation. According to ESPN, the deadline to opt out is expected to be as late as January.

Injuries sustained at the Olympics will be covered by insurance as usual, but there will be no insurances for COVID-19-related injuries. According to a memo sent to players and obtained by John Hoven of Mayor’s Manor, the International Olympic Committee and IIFH “refused to pay for the cost of this insurance and insist that players take on all the Covid risk.”

Players will be sequestered in the Beijing Olympic village, according to the memo, similar to the postseason bubbles last year in Edmonton and Toronto. Players will submit to daily Covid tests, and may be required to wear GPS tracking devices to ensure they remain in the restricted areas.

This will be the sixth Olympics with NHL participation. Pacioretty and Alex Pietrangelo (Canada) have participated in the past. So has former goalie Marc-Andre Fleury, who could join his former coach on the Canadian roster this winter.