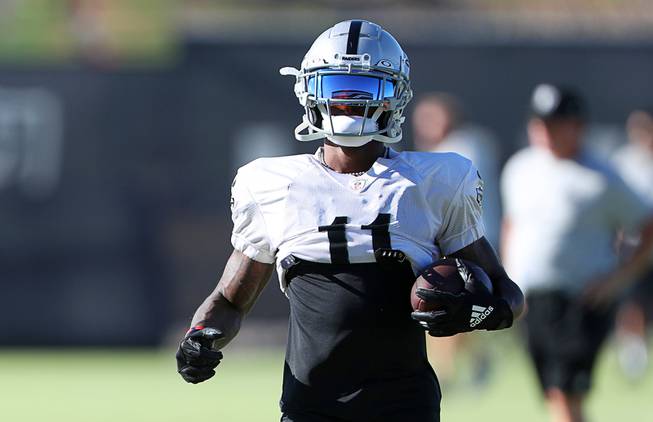 Raiders receivers to be tested by elite Baltimore secondary

Are the Las Vegas receivers ready for prime time?

That is one of the biggest questions facing the Raiders as they prepare to open the season on Monday night. The team has used considerable draft capital to build its receiving corps in recent years — most notably 2020 first-rounder Henry Ruggs and 2020 third-round Bryan Edwards — and there has been little return on investment so far.

As rookies, Ruggs caught 26 passes for 452 yards while Edwards snagged 11 balls for 193 yards. The hope inside Raiders headquarters is that a year of experience will help Ruggs and Edwards break out as sophomores.

Are they up for it? Ruggs and Edwards are listed as starting receivers on the official depth chart, but the preseason offered few clues as to their progress. Neither Ruggs nor Edwards played in the three exhibition games, so the only indications of any Year-2 leap have been buried deep inside training camp practice sessions.

Early in camp, quarterback Derek Carr said there was a noticeable difference in Ruggs from last year to this year, both physically and mentally.

“I think that Henry is getting into that place where I think the feeling is he wants it,” Carr said. “When he showed back up, the violence in which he was running his routes with, the speed he was coming off the ball with made you go, ‘OK!’ You could feel it, as Mr. Mayock would say, you can feel his speed. You could feel his presence.”

The shroud of secrecy will be ripped away on Monday night when the Raiders face off against the Ravens, who field one of the top defensive backfields in the league.

Last year, Baltimore ranked second in yards per pass attempt allowed (5.9), fifth in yards per game (215.7) and fifth in opponents’ passer rating (86.9). Pro Football Focus rates the Ravens as the NFL’s second-best secondary heading into the 2021 season, with cornerbacks Marlon Humphrey and Marcus Peters both grading out among the Top 10 players at their position.

Even with tight end Darren Waller and running back Josh Jacobs occupying the first few chapters of Baltimore’s defensive game plan, the Ravens will have plenty of cover men to throw at Las Vegas’s unproven wideouts.

If Ruggs or Edwards (or ideally, both) can get open consistently in the season opener, it will allay a lot of concerns about what has become a touchy subject for the Raiders — wasted draft picks.

Gambling wave coming to NFL TV screens, but in moderation