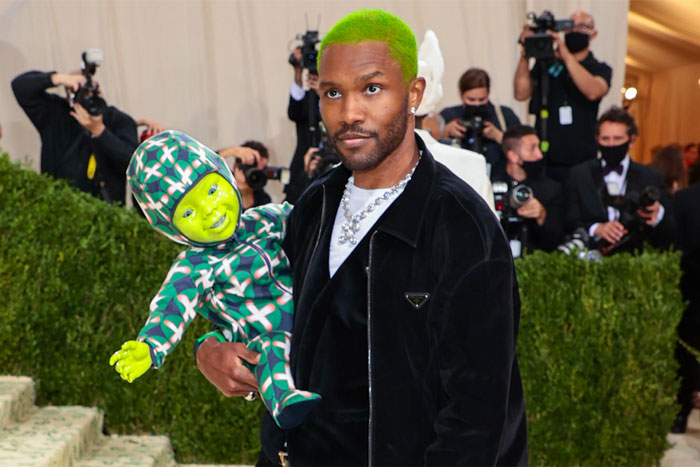 Frank Ocean is readying his return.

A new report from HITS Daily Double claims that the reclusive singer is in the process of shopping a new album, which is said to be “fu**ing great.”

Ocean has hired seasoned attorney Laurie Soriano of King, Holmes, Paterno & Soriano to represent him as he takes meetings and plays music for executives. Since exiting his Def Jam deal following the release of his Endless visual album in 2016, Ocean has avoided doing business with the major labels. It’s unclear who he is meeting with as he plots his long-awaited comeback.

It’s been over five years since Ocean released his last album Blonde. Between 2017 and 2020, he released a series of one-off tracks including “DHL,” “In My Room,” “Dear April,” “Chanel,” “Cayendo,” and “Biking” featuring Tyler, the Creator and JAY-Z.

Ocean, who launched his luxury brand Homer this year, will headline Coachella in 2023. He was originally supposed to headline the 2020 festival alongside Travis Scott and Rage Against the Machine before it was canceled in the wake of the pandemic.

On Monday, he made a rare public appearance at the Met Gala where he walked the carpet with a mechanical baby in his arms.