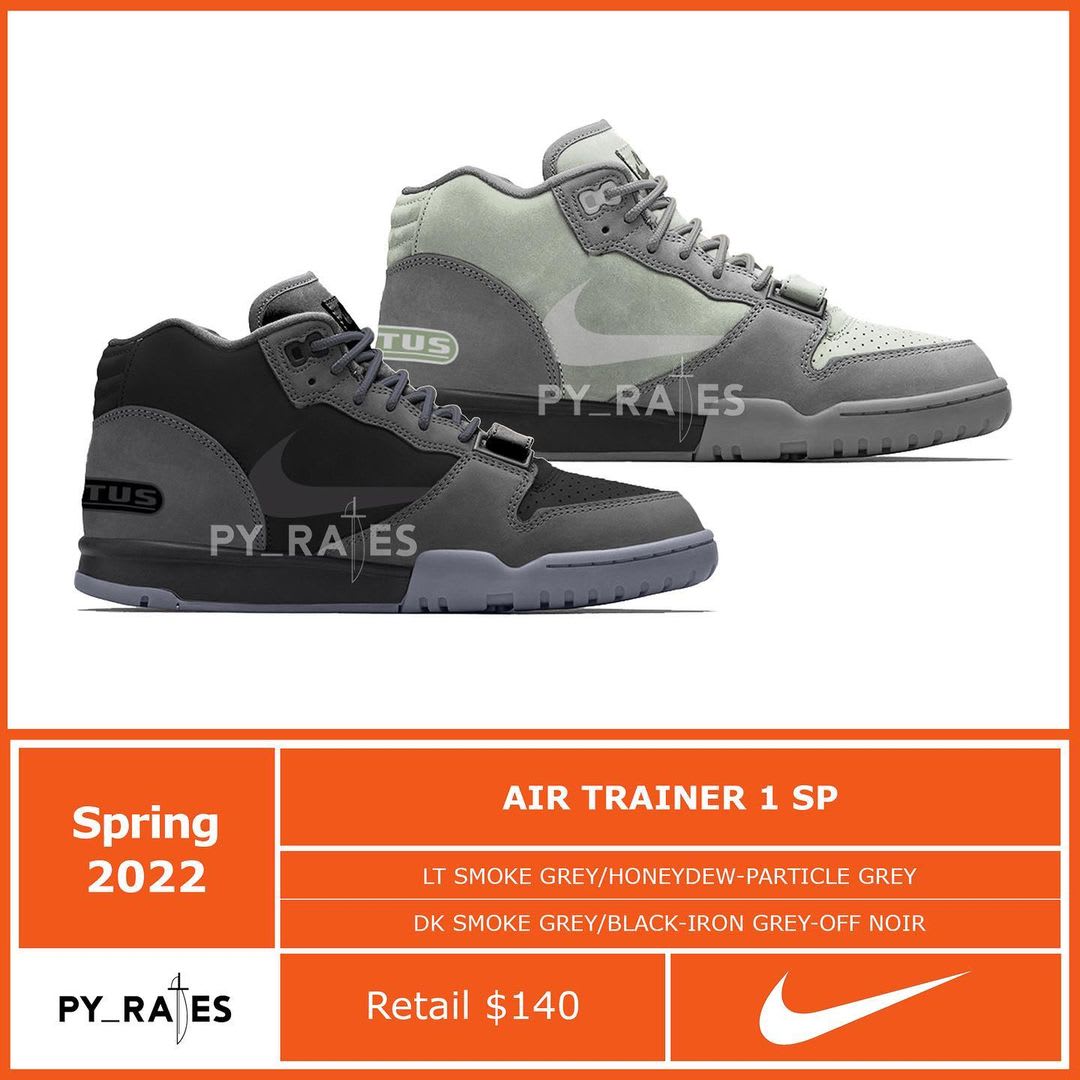 It’s been just over a month since Travis Scott was spotted wearing an unreleased Nike Air Trainer 1 collab, and now tentative release details are surfacing for what’s rumored to be a three-sneaker collection that will roll out in two separate drops.

As seen on the pair worn by Scott last month, the collaborative shoes are expected to feature his signature reverse Swoosh branding as well as a prominent Cactus Jack logo on the heel.

All thee pairs are expected to retail for $140 each, however the official release details have yet to be confirmed. Check back in the coming weeks for more information on the Travis Scott x Nike Air Trainer 1 SP collection.