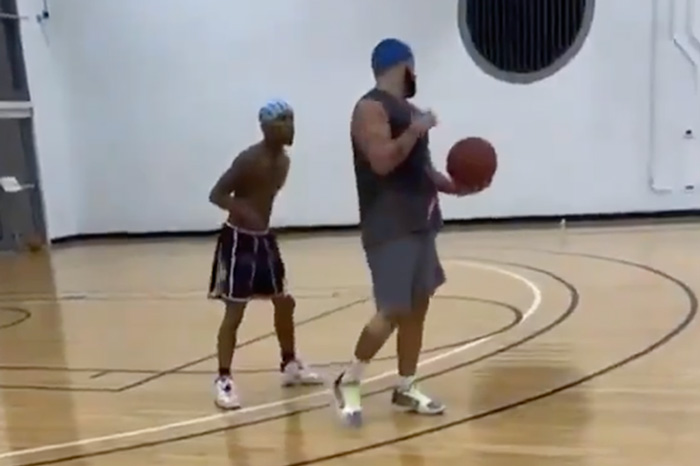 Drake hit the court with Tory Lanez for a 1-on-1 game of basketball.

The two recently met up in Miami to shoot some hoops. In a clip, which was posted on social media by Duke Deuce, a shirtless Tory guards Drizzy who tries to sink a jump shot but ends up missing. “Oh sh*t!” Drake can be heard saying.

It’s unclear who won the game but afterwards, Tory poked fun at his competitor. “You can tell by the color of @champagnepapi knee … He was not ready for the real 1v1 with the GOAT,” he wrote alongside a series of laughing emojis.

Drake fired back at his fellow Canadian, claiming that he smoked him on the court. “@mackmaine4president saw first hand what happened to story lanez and the son umbrella squad yesterday,” he wrote on IG Stories.

Back in 2019, the former rivals toured together on the “Assassination Vacation Tour” across the U.K. and Europe.