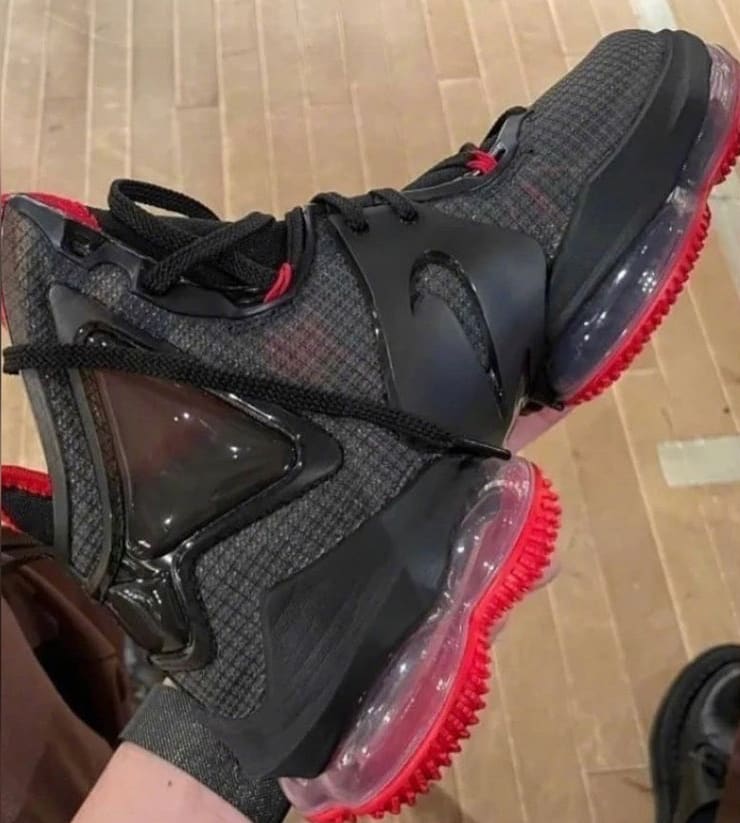 While we await official details on the release of the Nike LeBron 19, more colorways of LeBron James’ next signature hoops shoe continue to leak.

This week, images have surfaced of the previously-unseen “Bred” LeBron 19 style shared by LeBron sneaker fan account @Retro_Boomin_6. A staple colorway to King James’ signature line, the shoe wears a predominantly black color scheme combined with red accents on the Swoosh, the Flywire on the underlay, sock liner, and is featured prominently on the outsole.

Thus far, the LeBron 19 have already been revealed in two Space Jam-themed colorways as well as an all-black makeup worn by James himself during an off-season workout.

As of now, there’s currently no confirmed release date for the Nike LeBron 19 but expect more concrete information to arrive in the weeks ahead.