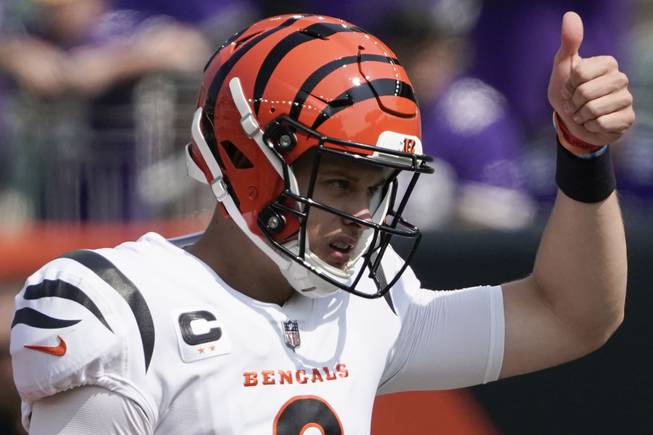 A pair of six-point teasers were all that saved the Sunday Sweats column for an embarrassing debut in its second season. The column’s loss was instead negligible, largely due to the Washington Football Team and New York Jets managing to stay within the adjusted point spread.

But that’s not going to cut it long-term, so I’ll try my best not to delay getting back to winning ways.

No one is expecting much out of Houston’s defense this year. I’m not expecting much out of Cleveland’s either. The latter might be an unpopular opinion, but the Browns’ defensive ability grew to be greatly overstated last year, when they ranked 25th in Football Outsiders’ DVOA yet got praised as if they were a top 10 unit. Both teams should score at least 21, if not 24, points with ease. Each team’s first game blew over the total, and while that’s not predictive, it could indicate the market hasn’t properly priced the defenses — or even the offenses, both of which provide reasons to believe in.

Expect to see William Hill as the near exclusive sports book in this category all year because it importantly offers the -120 price on six-point teasers. Being able to push the Bengals’ +1.5 point spread through both the three and the six, not to mention them having a great chance to beat the Bears outright, makes Cincinnati an obvious choice to start any teaser with this week. The need for creativity comes with which side to pair them with. I ultimately landed on the Patriots, which might have been the most impressive team in defeat in Week 1. They deserved to beat the Dolphins, and the Jets are a big step down from the Dolphins this week. This looks like a mismatch and a spot where it’s safe to trust a Bill Belichick-coached team to win outright.

Sigh. I didn’t want to get crazy and gamble here for a while, but I can’t help it this week. Stations is offering better-than-market prices on all three of these sides that I like. Seattle is -275 over Tennessee, which I don’t think has the defense to neutralize any of the league’s top teams right now. With the Seahawks, let’s go with two underdogs with a terrific chance to win outright. The Cowboys’ defensive injuries are an issue, but I rate their offense as better than the Chargers’ — which are also not a finished product on defense — and think they have a great chance to win a shootout. The disregarding of the Ravens is baffling to me; their late-game collapse against the Raiders was disappointing, sure, but their efficiency metrics were still high across the board. That’s more than Kansas City can say as the Chiefs relied on turnovers and more Patrick Mahomes-to-Tyreek Hill magic to slip past Cleveland in Week 1. This is a great spot to buy low on Baltimore while selling on a Kansas City team that hasn’t really played up to standards dating back to late last season.

A big part of the Chiefs’ problem comes on defense where they continually can’t stop the run. The Ravens’ second-year running back out of BYU could be set up for a big game. There’s some negativity around Williams since he had to be pulled at the end of the Raiders’ game on Monday Night Football for concerns about his pass protection. But no one has questioned his running ability. Baltimore coach John Harbaugh has all but outright said Williams is the team’s best option with both J.K. Dobbins and Gus Edwards out for the season with injuries. He should get his chances early and fly past this number for the second straight week. Don’t forget to check out the gameday preview for the Raiders tomorrow for an additional prop bet.

The difference between the Braves’ and Giants’ offenses is relatively negligible. The difference between the two teams’ starting pitchers on Sunday is not. Max Fried is more dependable than Anthony DeSclafini. It’s not a great deal of value — good luck finding that on an any single baseball game at this point of the season — but it’s enough for a small play on a day where it’s hard to find much outside of the NFL. The Braves should be a small favorite, not a small underdog.