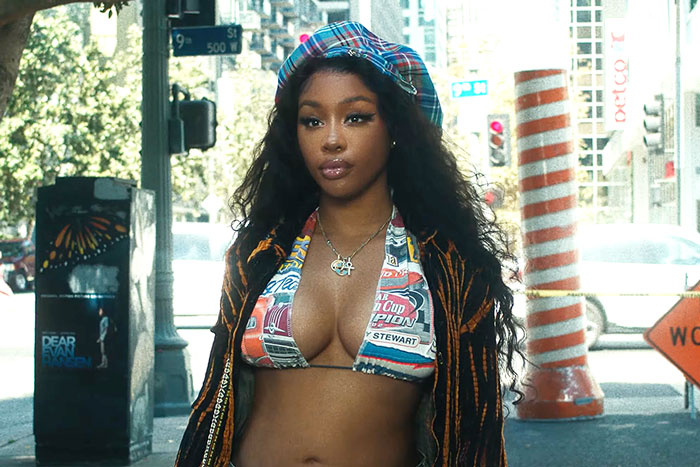 SZA Debuts ‘The Anonymous Ones’ Video

SZA shares her secret side in the video for “The Anonymous Ones” from the film adaptation of Dear Evan Hansen.

Directed by Colin Tilley, the clip opens with Solana writing a note to herself in her journal before getting on the bus. She walks through a bustling crowd on the streets of downtown L.A., while her insecurities and fears remain hidden to the outside world. She eventually sets up a microphone and performs in the park before locking eyes with a fellow artist.

“Keep on keeping secrets that they think they have to hide / What if everybody’s secret is they have that secret side?” sings SZA. “I don’t wanna be anonymous anymore.”

SZA’s version of “The Anonymous Ones,” written by Benj Pasek, Justin Paul, and Amandla Stenberg, appears on the soundtrack to Dear Evan Hansen, which will be released Friday, the same day the movie arrives in theaters. The soundtrack also features a collaboration with Sam Smith and Summer Walker (“You Will Be Found”).