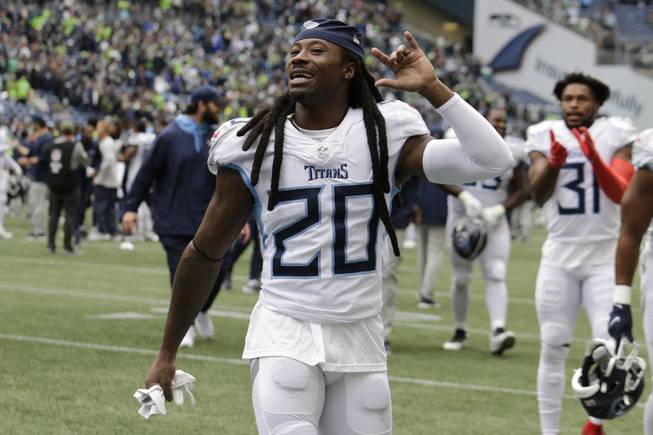 Talking Points hereby renounces its previous endorsement of the Seattle Seahawks as semi-darkhorse Super Bowl contenders. The Seahawks are now on suspension for having anything positive written about them in this space for at least a week.

Seattle’s surrendering of a 14-point lead, and more than a 90% win expectancy, in last week’s 33-30 upset loss to Tennessee cost Sunday Sweats a perfect week — though the weekly prop bet in the Raiders’ gameday preview also lost. All I needed was Seattle to win outright to cash a money line parlay with Baltimore and Dallas at +818 odds.

That’s nothing to be disappointed in; it’s a long season and I’ll look to continue running up the bottom line — just with no thanks to Seattle.

Green Bay’s defense has got to be better than this. The Packers haven’t shown any reasons for optimism after giving up big yardage to a pair of mediocre offenses in the Lions and the Saints, but this total feels like an overreaction to those struggles. It’s just two games, and the Packers have far too much talent to keep getting carved up. San Francisco’s offense was inefficient in last week’s 17-11 win at Philadelphia, but its defense didn’t. The 49ers defense, despite injuries, remains one of the NFL’s better units. This should be a lot lower scoring than expected, with either side eking out something like a 24-21 win.

There are a lot of tease-able sides this week, but I landed on these two are my favorite currently available. I make the Rams a slight favorite instead of a slight underdog, so adding six more points past the 3 and 7 was too much to pass up even though the game’s high total of 55 is a warning sign to stay away in teasers. Baltimore has come down to a 7.5-point underdog after opening at -9.5, and that puts them squarely in teaser territory. The movement indicates the Lions might give them trouble, but I don’t see it. Baltimore should be able to run wild and secure a comfortable victory.

I’m fully prepared to regret this. I’m not a proponent of the whole load-up-the-big-favorites-on-one-ticket thing, but I think both the Broncos and the Chiefs have an even better win expectancy than the market currently indicates. And Circa has the best price in town on both of their money lines — Denver is -570 and Kansas City is -310. I wanted to pair them with one underdog and preferred Atlanta, but the Falcons are +120 at Circa as compared to +130 virtually everywhere else. So the fallback is option is turning this into an unofficial Sunday Night Football betting column. I like the Packers to win outright at Levi’s Stadium, and +147 is a generous price. Let’s hope this goes smoother than last week.

The 49ers’s defense gives opponent’s No. 1 receivers all they can handle. They’ve done it for years and early returns show they’ve carried it over from ex-defensive coordinator Robert Saleh to new coach DeMeco Ryans. It’s always hard to bet against superstars like Adams, but to put it in the simplest terms possible, catching nine passes in a game is extremely, extremely difficult. It’s a lot more difficult than this line makes it sound. At other sports books in town, this price is as high as -135 on the under meaning BetMGM is offering a fantastic deal. Here’s the weekly reminder to check Sunday’s Raiders gameday preview for another prop bet on their game.

The NASCAR Cup series come to Las Vegas Motor Speedway on Sunday, and the odds look stuck in the past. Logano has dominated on this track previously but expecting him to be able to regain that form this time around is not rooted in reality. His car hasn’t performed well in the 550 horsepower package all year, which is in stark contrast to Bryon who’s been one of the fastest within that rules package. Byron may win outright and is worth a bet at 16-to-1 at Boyd, but he should at the very least finish higher than Logano.