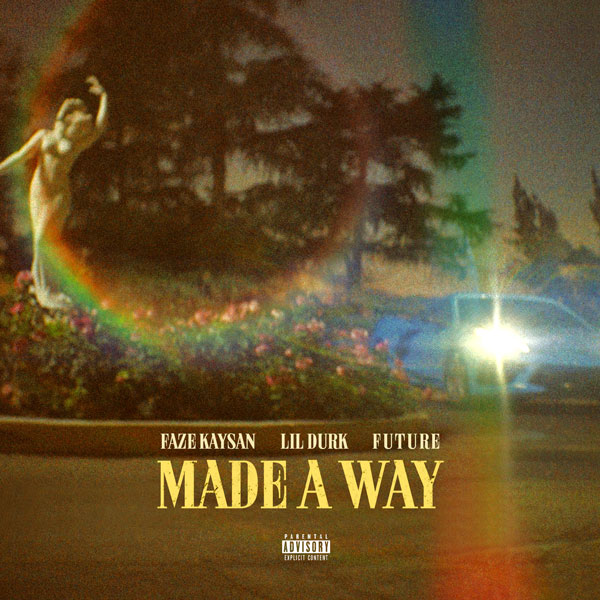 Lil Durk and Future team up with FaZe Clan’s newest member Kaysan on his debut single “Made a Way.”

Co-produced by Kaysan and WondaGurl (Kanye West, Drake), the heavy-hitting track finds Durk and Hndrxx celebrating their hustle while putting on for the streets.

“It was a lot of fun connecting with Kaysan on this project,” said WondaGurl. “He has a great vibe and is super enthusiastic, two things that are really important to me when I’m working with new artists. Kaysan has a vision for himself and is driven to succeed and make his mark.”

The song is already taking off after it was posted by TikTok star Charli D’Amelio. The two clips have collectively garnered over 15 million views, and an official music video is on the way.

Kali Uchis and SZA Team Up on ‘fue mejor’