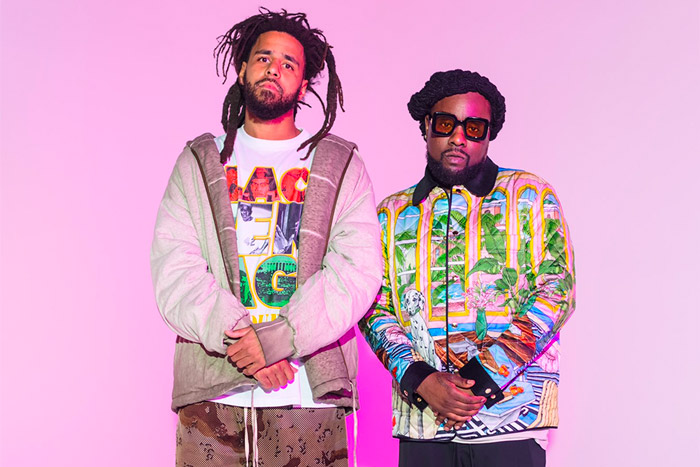 Wale and J. Cole Reunite on ‘Poke It Out’

Following his guest verse on Joyner Lucas’ “Your Heart,” he reunites with Wale on the latter’s new single “Poke It Out,” their first collaboration in three years.

The electrifying track, produced by Cool & Dre, finds the two rapping over a sample of Q-Tip’s 1999 hit “Vivrant Thing.” Wale spits game to the ladies, while Cole flexes on his swaggering verse.

“Cole World and Folarin, co-starrin’ / We both flexin’,” he raps before taking shots at the competition. “These cap ni**as that rap with piss poor jargon.”

This marks the first collaboration between the two since “My Boy (Freestyle)” in 2018.

Tyga Revealed as Dalmatian on ‘The Masked Singer’