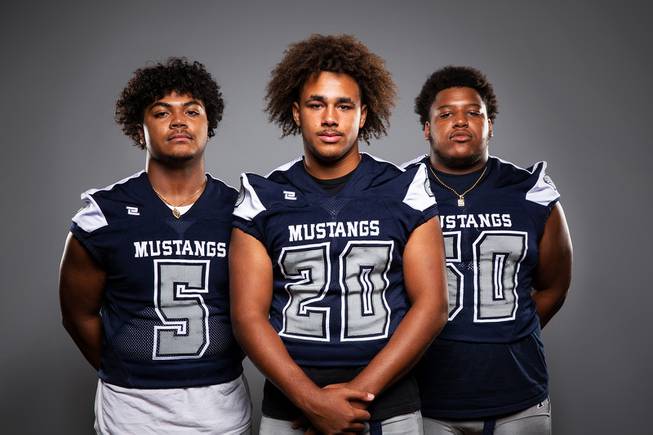 Members of the Shadow Ridge High School football team are pictured during the Las Vegas Sun’s high school football media day at the Red Rock Resort on August 3rd, 2021. They include, from left, Mason White, Devon Woods and Bryce Evans.

Jaquieze Holland rushed for three touchdowns tonight for the Shadow Ridge football team in a 64-3 victory against Bonanza.

The Mustangs, which led 35-0 after the first quarter, also received two passing touchdowns from Coen Coloma. He hooked up with Devin Woods and Elijah Tooley.

“We did what we were supposed to do — we won the game and we got out healthy,” Shadow Ridge coach Travis Foster said.

Next week, Shadow Ridges plays Coronado in what will likely determine the league champion.