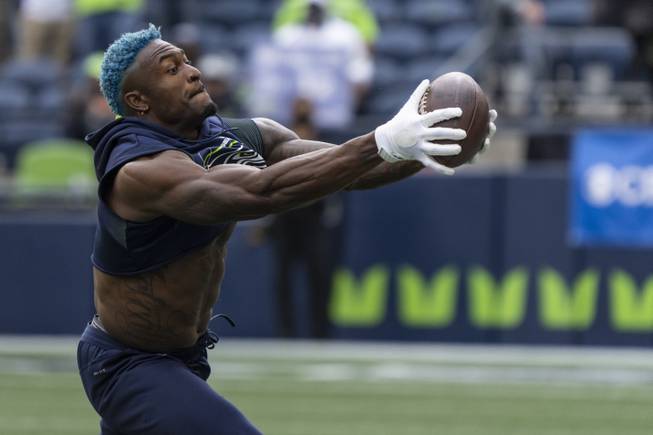 I’d love to be pointing that out with more braggadocio, but the truth is, anyone who’s similarly been playing basic teaser strategy so far in the NFL —  using sides that move through the 3 and 7 — is crushing the sports books. Nearly every tease-able side has won through three weeks.

It feels like a reckoning is coming, a week where the sports books wholly wipe out the teasers. But that’s not guaranteed, and far from a reason to stray from the path.

I’ll keep progressing as normal with Sunday Sweats, and just hope the rest of the categories can eventually catch up to the teaser section.

Concerns about the Seahawks’ defense are overblown. The Seahawks have played two of the better offenses in the league during their two-game losing streak, the Vikings and the Titans, and both were well-equipped to attack their weakness in defending the rush. The 49ers are beaten up in their running back corps, and may find it harder to emulate. San Francisco’s defense may also be ahead of its offense at this point of the season. And, as a bonus, this is a divisional game where both sides know each other well. There are too many signs pointing towards under, and South Point is generous enough to have what appears to be the highest total on the game in the world.

In what looks to be one of the week’s lowest-scoring games between Washington and Atlanta, I don’t see anyone winning by more than a touchdown — especially not the former. Ideally, I would have paired this Vikings +7.5, but they’ve trimmed to a 1-point favorite at William Hill to make that tease option unavailable. Instead of landing on the 7, I’d rather land on the 10 with another underdog I think has a great chance to win outright. More points will be scored, but Cardinals at Rams may be as close as Football Team at Falcons. Let’s keep the teaser run going.

So I guess the Seahawks’ moratorium instituted last week officially only lasted one column. I like Seattle too much this week to stay away. Circa has the best moneyline price in town on the Seahawks, +122, as well as the Cowboys, -190. I’d have Dallas well over -200 and Seattle at about Even money. This wouldn’t provide a major boon to the bottom line like Seattle’s collapse against Tennessee prevented two weeks ago, but I’m so desperate to hit one that I’m going back to the simplest formula — pairing the best favorite price with the best underdog price.

Going all-in on the Seahawks this week was no empty threat. This number just seems extremely low for one of the NFL’s best receivers going up against an opponent that’s both struggled to defend top receivers and that he’s torn up in the past. Metcalf went off with 12 catches for 161 yards in one of the games against the 49ers last season, a 37-27 Seahawks victory. A repeat of that will work just fine this week, thanks. Don’t forget to check the preview before Monday Night Football between the Raiders and Chargers for another prop bet that will be graded here.

Betting on a race at Talladega is highly volatile because anything can happen on a super speedway, but the rest of the board is barren right now so to NASCAR we go. If this were at almost any other race, Reddick would be a pretty clear choice over Wallace. But not at a drafting track, a place where Wallace has consistently been at his best and Reddick has struggled. Wallace might even be worth a look at 30-to-1 or higher to win outright. A wreck can, and likely will, ruin all handicapping plans, but if these two drivers get around relatively cleanly, Wallace has a big edge.