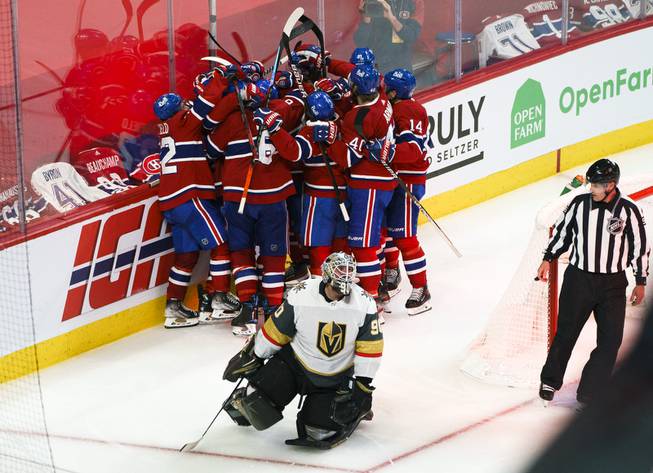 The Golden Knights are no longer the newest team in the NHL, or even the Pacific Division. The expansion Seattle Kraken begin play this season as divisional foes of the Golden Knights. Here’s the early rundown.

• Games vs. Golden Knights: October 12 and November 9 in Las Vegas; March 30 and April 1 in Seattle.

• What’s a Kraken anyway? A mythical, giant squid. The team’s “S” logo stands for Seattle, but it also nods to the former logo of the early-1900s Seattle Metropolitans of the PCHA. A Kraken’s tentacle climbs up the letter with its red eye tucked under the top curve.

There are 82 games on the NHL schedule, and this year, the league has gone back to its previous format, in which every team plays against every other team. The Vegas Golden Knights will face Western Conference opponents three to four times each this season, and Eastern Conference teams twice each. In scouting the schedule, we picked out five games that are must-see-TV for VGK fans.

A sure-to-be-intense showdown with the team that eliminated the Golden Knights from the playoffs comes as part of an early four-game road trip.

The Golden Knights will see not only original coach Gerard Gallant but also favorite ex-teammate Ryan Reaves. The Rangers make their return trip to Las Vegas on January 6.

The Golden Knights welcome the rest of the league to T-Mobile Arena for All-Star Weekend, with the skills competition on February 4 and the game the following night. It will be quite the star-studded weekend for Las Vegas, which also hosts the NFL’s Pro Bowl on February 6.

The final of four meetings with perhaps the biggest threat to Vegas’ Pacific Division title hopes, not to mention a chance to watch Connor McDavid do his thing.