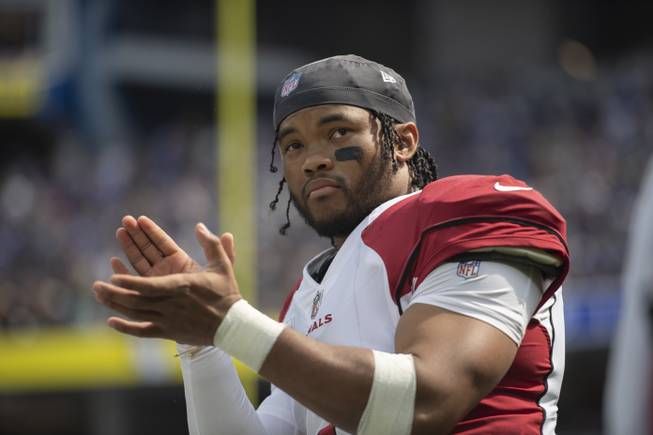 The consensus coming into the season was that the NFC West would be the most competitive and fun division in the NFL, and yet few may have realized it would be quite to this level.

Through four weeks, all four NFC West teams have shown flashes of championship-caliber play. The Arizona Cardinals are the last undefeated team standing in the league. The Los Angeles Rams took down the defending Super Bowl champion Tampa Bay Buccaneers. The San Francisco 49ers opened the year with back-to-back road games on the East Coast and won both comfortably. The Seattle Seahawks have the NFL’s second most efficient offense behind the Kansas City Chiefs.

And now, for the second straight week, all four of the divisional rivals are playing each other. To add to the intrigue, both NFC West underdogs won outright in Week 4 with the  Cardinals downing the Rams 37-20 and the Seahawks edging the 49ers 28-21.

I hit on both games as part of a 9-7 record in last week’s pick’em, bringing the season total to 34-30 picking every game against the spread, and now I’m going to back the underdogs for another week.

Read below to find out why along with picks on every Week 5 game. Picks are separated into three confidence categories and listed in rough order of confidence. Lines are the best currently available in Las Vegas on the chosen side.

Philadelphia Eagles +4 at Carolina Panthers Snatch up the last few remaining 4s because that’s tremendous value. Philadelphia’s offensive approach is quietly shrewd and bound to pay off before long, and Carolina’s defense is beaten-up and no longer the same unit that shut down opponents in the first three weeks.

Baltimore Ravens -6.5 vs. Indianapolis Colts Having compiled a near 2 net yard per play advantage over its last two opponents, Baltimore appears to have navigated its early rash of injuries and gotten back to being its usual finely tuned machine. It’s a minor miracle a couple shops have pulled this number down below the 7 because the spread belongs on the other side of a touchdown.

Seattle Seahawks +2.5 vs. Los Angeles Rams It’s likely an unpopular opinion, but averaging a league-best 9.6 yards per pass attempt with nine touchdowns to no interceptions, Russell Wilson has been the NFL’s best quarterback through the first month. There’s no opponent in the league that should be laying this many points on the road against a Wilson-led team.

San Francisco 49ers +5.5 at Arizona Cardinals This is the ultimate sell-high as Arizona is suddenly getting way too much credit for an undefeated start. San Francisco was a 1-point favorite in this game coming into the season, and regardless of whether it’s Trey Lance or Jimmy Garoppolo at quarterback, it’s easy to trust 49ers coach Kyle Shanahan to come up with a game plan to perplex Cardinals coach Kliff Kingsbury.

Atlanta Falcons -3 vs. New York Jets in London The Falcons are reportedly set to arrive in Great Britain a day ahead of the Jets, which gives the team extra time to adjust their body clocks and has historically been a major advantage in these international games.  They’re also just the better team, as the Jets remain dead-last by both Football Outsiders’ DAVE ratings and expected points (EPA) added per play.

Houston Texans +9.5 vs. New England Patriots New England’s offense ranks 28th in the league in offensive EPA per play, making it hard to justify laying this many points. And while the Patriots’ defense has been as strong as expected — ranking sixth by the same measure — it’s a step down from the Bills’ and Panthers’ units that have completely shut down the Texans the last two weeks.

Tampa Bay Buccaneers -10 vs. Miami Dolphins The Buccaneers’ injury-ravaged secondary is a concern, but the Dolphins might not be the right team to take advantage of it behind short-throwing Jacoby Brissett. Miami’s defense has regressed this season to potentially make this a get-right spot for Tom Brady and Co.

Jacksonville Jaguars +4.5 vs. Tennessee Titans Given all the clamor around the Jaguars and coach Urban Meyer, waiting and seeing if this number hits 6 before betting might be the right approach. By many advanced measures, including EPA, these teams have been pretty close to even on a per-play basis this season and the Titans come in with a significantly lengthier injury list.

Los Angeles Chargers -1.5 vs. Cleveland Browns The Browns’ defense has more than lived up to the hype, but Chargers quarterback Justin Herbert hasn’t found trouble moving the ball against anyone. Traveling through three time zones to the West Coast for the first time in a season traditionally makes for a bigger home-field advantage, meaning the Chargers should be laying at least 2.5 points here.

Las Vegas Raiders -5.5 vs. Chicago Bears It feels way premature to declare  the Bears’ offensive issues solved off of one decent performance against EPA’s 31st-ranked Lions’ defense last week. The value has diminished since the line opened Raiders -4, but the home team should be laying 6 here.

Kansas City Chiefs -2.5 vs. Buffalo Bills Leaned Buffalo when the opening +3.5s were available, but now the line seems to have swung too far the other way. Kansas City -3 is a fair price, and even at that number, I’m always going to prefer to take a great offensive team over a great defensive team.

Detroit Lions +9.5 at Minnesota Vikings Over 49 points might be the best way to play this game as both offenses are capable but there are more questions on both defenses. The number is just high enough to see Detroit potentially being able to squeeze in for a backdoor cover even if they spend most of the game down two scores.

Green Bay Packers -3 at Cincinnati Bengals Green Bay’s underlying statistical profile isn’t nearly as impressive as its three straight wins and covers, so I understand wanting to sell high but the desire may have gone too far after this opened at a more fair -3.5. The Packers still have a somewhat sizable personnel advantage, as well as a coaching edge with Matt LaFleur over Zac Taylor.

Pittsburgh Steelers -1 vs. Denver Broncos This game is tough to handicap without knowing whether Denver quarterback Teddy Bridgewater will clear the concussion protocol in time to return. Without Bridgewater, these teams are more evenly matched than the market is currently implying.

New York Giants +7 at Dallas Cowboys Giants might have been a lean at +7.5, but the number has corrected and now sits in the right place. Still, this could be lower scoring than expected as a divisional game between familiar coaching staffs to make the points more valuable.

New Orleans Saints -1.5 at Washington Football Team With a massive number of injuries on both sides, this game between two already-inconsistent teams feels like the biggest stay-away of the week. Most of the sharpest books in the world have moved towards the Saints, which makes them the pick in what otherwise would be coin flip.