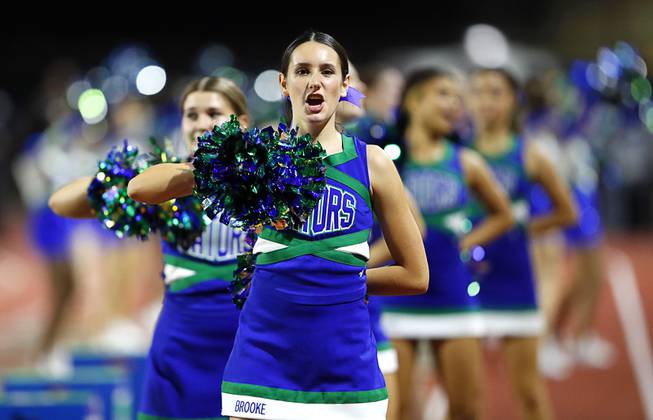 That was in the middle of Liberty’s 10-game winning streak to close the 2019 season on the way to winning the state championship.

The Henderson rivals meet again tonight, with Green Valley (5-1) entering on a two-game winning streak and plenty of momentum after holding Desert Pines scoreless in the second half last week in an upset victory.

The Gators will have the chance to grab another upset win this week against Liberty, who has outscored opponents 131-20 over the last three weeks. The Patriots’ closest outcome against six local opponents was a 34-6 victory, and they used their backup quarterback on that night.

This wasn’t supposed to be the most intriguing game of the night, but the Arbor View at Foothill contest got canceled hours before kickoff because of COVID-19 safety protocols. The Chaparral-Sunrise Mountain game also won’t be played because of a positive COVID test.

A handful of other games are expected to be close, including a class 4A showdown between Shadow Ridge and host Coronado, and a class 3A contest between Eldorado and Rancho.