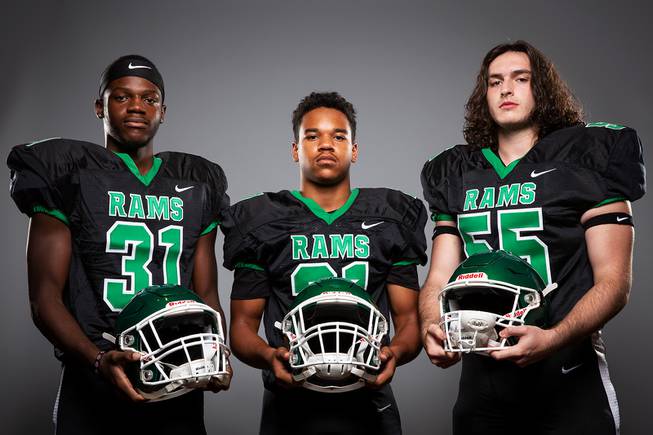 Members of the Rancho High School football team are pictured during the Las Vegas Sun’s high school football media day at the Red Rock Resort on August 3rd, 2021. They include, from left, Saied Koroma, Christian Hardy and Noah Talty.

Jamaal Greene rushed for about 100 yards and three touchdowns tonight for the Rancho football team in a 34-7 win against Eldorado.

“We knew we had to get our running game going,” the coach said. “We can’t expect our quarterbacks to throw the ball 30 times a game and win.”

The coach said his team is making improvements each week, noting that they had to cancel practice for entire weeks earlier in the season because of COVID-19 protocols. They’ve played three straight weeks — and the results are obvious.

“We are starting to figure it out,” the coach said.