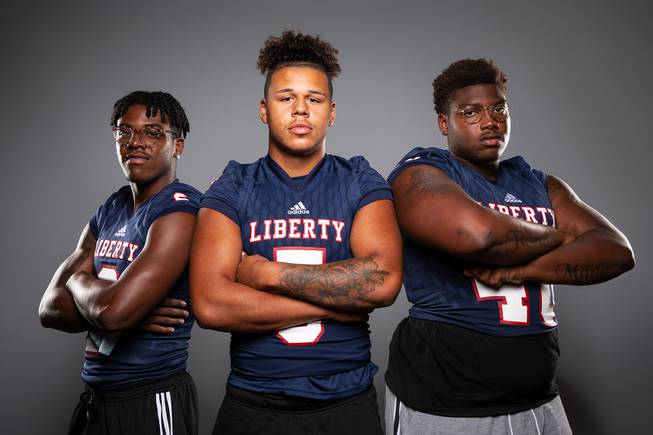 The Liberty football team held a two-touchdown lead at Green Valley entering the second half of a class 5A league showdown.

Green Valley went on a 70-yard drive to bring the ball to the Liberty 1-yard line on the initial series of the half, but on fourth down Liberty’s Cliffton Weber and Koi Paaoao broke through the Green Valley line to make a stop and force a turnover on downs.

Liberty proceeded to go on a 99-yard scoring drive and didn’t surrender any points the rest of the game in a 43-6 win.

“They played us tough, but the goal-line stand broke their spirit a little bit,” Liberty coach Rich Muraco said.

Jayden Maiava had touchdown passes of 40 and 60 yards to Anthony Jones, 55 yards to Germie Bernard and 8 yards to Landon Bell to pace the offense. Champ Kapanui and Jayven Perez added rushing touchdowns.