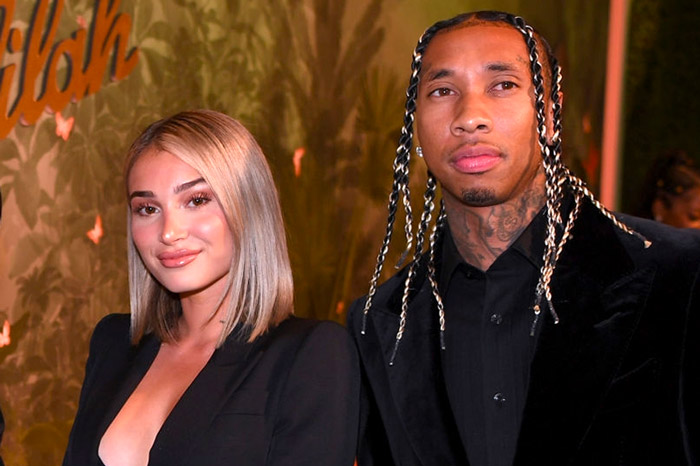 Tyga is facing accusations of domestic violence from his ex-girlfriend.

According to TMZ, Camaryn Swanson showed up at Tyga’s home around 3 a.m. on Monday after he told her not to and started “shouting at the top of her lungs.” She appeared to be under the influence, but Tyga still let her inside to talk, where the screaming continued.

Camaryn, who is an influencer and fashion designer, alleges that Tyga put his hands on her during the argument. Her mother came to pick her up, and Camaryn called cops to report the alleged incident.

Officers saw “visible marks” on her and filed a felony domestic violence report. Police went to Tyga’s home Monday morning to investigate, but he would not speak with them. Tyga has not been arrested and is planning to go to LAPD on Tuesday morning to tell his side of the story.

The couple began dating early this year. They went Instagram official in February when they spent the day at Walt Disney World with Tyga’s son King Cairo. In June, they got tattoos of each other’s names.

They often showed PDA on social media, but they have both removed photos of each other from Instagram.