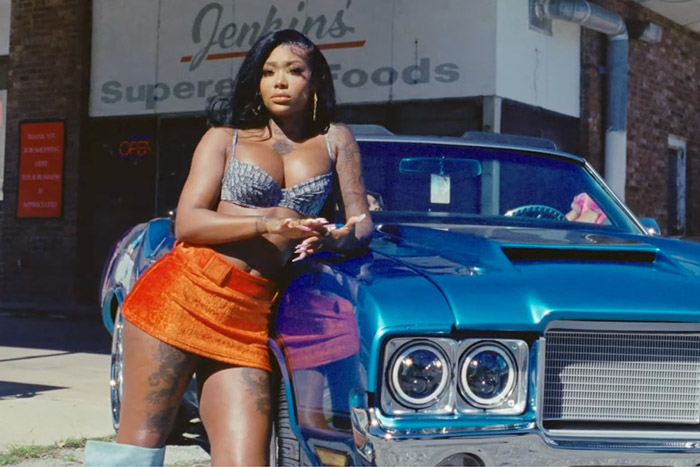 Fresh off the release of her new single, Summer Walker delivers a video for “Ex for a Reason” featuring JT.

Directed by Lacey Duke, the clip takes place in March 2020 and finds Summer and her girls riding through ATL before pulling up to a house party. While she takes over the bedroom, strippers work the pole in the living room. JT “brings the trap out” while making a cameo alongside Summer. At one point, the DJ’s music goes out, causing him to plug in Summer’s rhinestone-covered hard drive containing her new album.

Produced by Buddah Bless and Sean Garrett, “Ex for a Reason” is the first single off Summer’s sophomore album, Still Over It, due Nov. 5. The 20-song set, which will play out in story-form, also includes “Ciara’s Prayer” featuring narration by Ciara herself.

Summer is giving fans a chance to earn an early listen to her album. She has encased “Summer’s Hard Drive” in a seemingly impenetrable box in New York City and challenged fans to break the box in exchange for access.