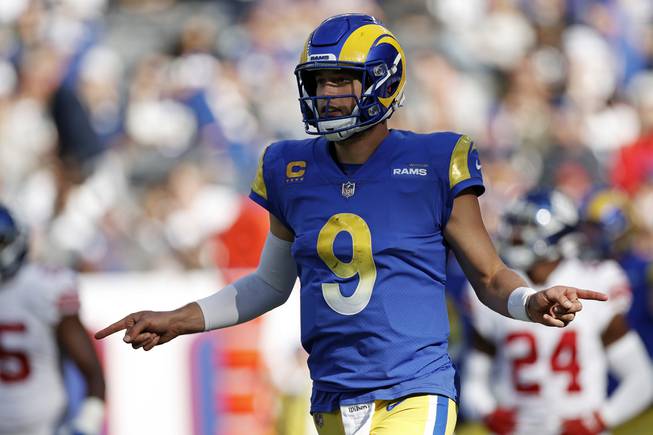 The much-ballyhooed parity that had defined the early part of the NFL season screeched to a halt last Sunday, largely to the delight of the betting public.

Favorites mostly rolled, going 9-3 straight-up and 8-4 against the spread in a big losing weekend for the house. The prospects of getting back to widespread competitiveness in Week 7 also look bleak.

The average point spread of the 13 games on the slate is a hair above -7, an abnormally big number for NFL standards. No other slate so far this year had averaged out to more than -5.5.

If the favorites roll in the way they did a week ago, bookmakers will be dealing with the rare back-to-back losing streak. There are five Week 7 games with a point spread of at least a touchdown, and while it’s a misconception that bettors automatically back big favorites, the sports books will almost certainly build liabilities on those sides.

Moneyline parlays are a major cause, as combining the best teams to win outright continues to increase in popularity as an alternative to laying big point spreads. That’s not the direction I’d recommend, though I’d sure like to extend bettors’ success against the books all the same.

Last week was a mixed bag, as I went 3-1 on plays but 6-8 overall to bring the overall season record picking every game against the spread to 48-45-1.

Read below for picks on ever Week 7 game. Picks are separated into three confidence categories and listed in rough order of confidence. Lines are the best currently available in Las Vegas on the chosen side.

New York Giants +3 vs. Carolina Panthers Buy low on the Giants, which are getting healthier as opposed to a Panthers’ team that’s still drowning in injuries including a cluster in the back of their defense. New York shouldn’t be judged too harshly for back-to-back blowout losses considering it was short-handed against a pair of NFC champion contenders in the Rams and Cowboys.

San Francisco 49ers -4 vs. Indianapolis Colts The 49ers should get roster reinforcements out of their bye week, notably including quarterback Jimmy Garoppolo. Stock is down on San Francisco following a three-game skid, but it didn’t play all that poorly during the stretch, holding around a 0.5 net yard per play advantage and losing by a combined 16 points.

Miami Dolphins +2.5 vs. Atlanta Falcons The best course of action is to wait and see if a +3 surfaces, but even if it doesn’t, this is too many points. It’s a bad spot for the Dolphins coming off of their London trip but they requested not to go into bye, suggesting they had a plan in place of how to handle the travel and resulting fatigue. More importantly, Atlanta is the league’s worst team by Football Outsiders’ DVOA and shouldn’t lay points on the road to anyone.

New England Patriots -7 vs. New York Jets This is the same spread that was on this game all offseason, even though the Patriots have shown to be much more competent than the Jets through the first six weeks. New England might be only a half-game ahead in the standings, but that’s mostly a result of close-game variance as its point differential is 52 points than New York’s.

Denver Broncos +2 at Cleveland Browns This may no longer be bettable after dropping below a field goal, but the move from 6 to 2 is more than justifiable given the excessive amount of injuries on the Browns’ roster. The Broncos should probably go off as a small favorite instead of a small underdog.

Las Vegas Raiders -3 vs. Philadelphia Eagles The Raiders have been erratic and therefore difficult to predict, but this is a beneficial spot with the Eagles making their first trip West of the year. Both sides look evenly-matched from an analytical perspective — they’re almost dead even in EPA (expected points added) per play — but the Eagles’ banged-up offensive line could hurt them against a ferocious Raiders’ pass rush.

Houston Texans +18.5 at Arizona Cardinals The Cardinals have been outgained on a per-play basis in back-to-back weeks, where they greatly benefitted from recovering five of the games’ six combined fumbles. In other words, they may not be the juggernauts they’re being made out to be. To command this high of a point spread, a team should be veritable juggernaut.

Baltimore Ravens -6 vs. Cincinnati Bengals Baltimore’s defense has been steadily improving, to the point where it should present major problems for a better-than-expected Cincinnati offense. The Bengals have faced a weak slate of opposing defenses — ranking 24th in the NFL per Football Outsiders — and will be challenged to block the likes of standout rookie Odafe Oweh and resurgent veteran Justin Houston.

Washington Football Team +9 at Green Bay Packers Green Bay has dawdled towards average on both offense and defense this year by EPA, and yet continues to be priced like it’s an elite team. It’s probably not worth betting against Aaron Rodgers unless this spread gets back to 10, but all the underlying numbers indicate a Packers’ dip is coming.

New Orleans Saints -4.5 at Seattle Seahawks Seattle has shifted its offense to become even more run heavy with Geno Smith in for the injured Russell Wilson at quarterback, and that’s not going to be advantageous against New Orleans. The Saints are second in the NFL against the run by DVOA and getting healthier on defense out of a bye week.

Los Angeles Rams -15 vs. Detroit Lions The Rams’ offense against the Lions’ defense should make for one of the biggest mismatches of the season. Detroit’s offense may have opportunities at a backdoor cover, but it’s hard to believe Los Angelese won’t spend most of the game nursing a big lead.

Chicago Bears +13 at Tampa Bay Buccaneers There’s no denying this looks like a nightmare matchup for the Bears considering they’re incapable of exploiting the Buccaneers’ current weakness for defending downfield passing games. But the market seems to have over-adjusted, as the opening price of Tampa Bay -10 made for fairer odds.

Raiders dialing back the complexity under new coach — and reaping rewards